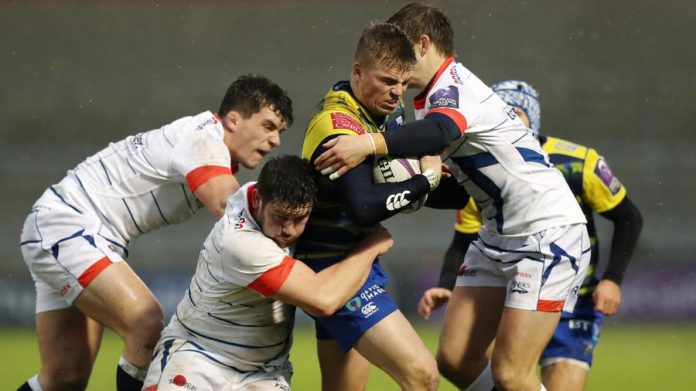 Man of the match AJ MacGinty kicked 14 points with the boot in a marvellous individual display while Will Cliff and Marc Jones both scored second-half tries to rubber-stamp Sale’s growing momentum.

Though this latest victory – the Sharks’ fifth from their last six games – still left the side in third place in group two, Sale are now just two points off Cardiff and one behind second-placed Toulouse at the halfway stage of their European campaign with everything still to play for.