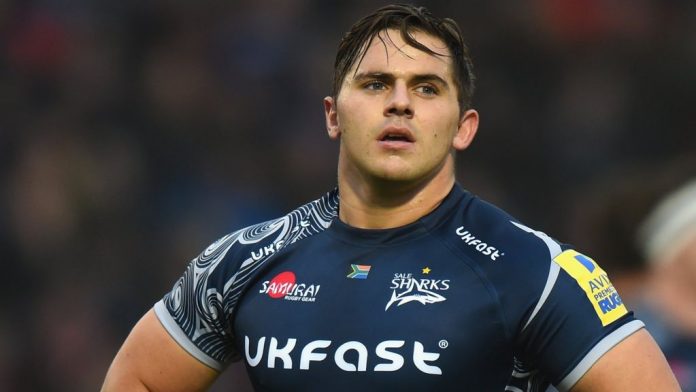 Sale Sharks have confirmed the signing of Rohan Janse Van Rensburg from the Emirates Lions on a three-year deal.

Both clubs have agreed that Rohan can join Sale Sharks on a permanent basis after his successful loan spell with the club during the 2017/18 season. The player is contracted until November 2018 however the Lions have agreed to release him five months early.

The 23-year-old Springbok began his professional career with the Blue Bulls in 2013, making seven appearances and scoring four tries before moving to the Lions rugby set-up where he was a key figure for the Golden Lions in their Currie Cup campaigns.

A breakthrough season in 2016 saw Van Rensburg cross the line 10 times in just 17 games which drew the attention of the rugby world and, in particular, Steve Diamond.

Arriving at Sale in November on a short-term contract as cover for the injured Johnny Leota and Will Addison, Rohan made an instant impact, scoring 3 tries in 8 games. More importantly, the young Springbok added a much-needed physical presence to the Sharks backline.

On his return to South Africa he was quickly slotted into the Lions starting XV for the Super Rugby season, showing his versatility and power, playing on the wing before being sidelined with an ankle injury vs the Stormers in May.