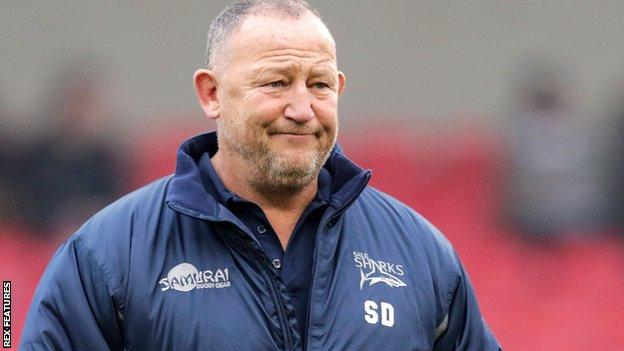 Sale Sharks Rugby Club have announced that Steve Diamond has left the club with immediate effect due to personal reasons.

In a statement the club said that they would like to thank Steve for his loyal service and commitment over the years. He leaves Sale Sharks in a strong position having improved the club in many ways and we wish him every success for the future.

Paul Deacon will assume responsibility of the first team as Head Coach while we take stock and plan for the future.

Commenting on the announcement, Steve said:

“After 10 proud years with Sale Sharks I have taken the decision to step away from the business.

I feel that this is the perfect moment to hand over to someone else, given the club is now stable and in a great position to compete at the highest level.

We have acquired a world class training facility, built an academy that is the envy of many premiership clubs and constructed a squad that can win tournaments and trophies at domestic and European level.

I know Simon and Ged will continue with the progress we have made together, and I now look forward to taking some time out and planning my next challenge.”