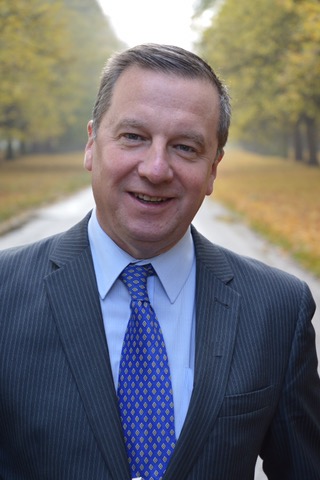 New research carried out with small businesses in Greater Manchester suggests most believe the Northern Powerhouse project is under threat and looking far less likely to happen than a year ago.

The new research, carried out by the Federation of Small Businesses’ (FSB) Manchester & North Cheshire region, asked respondents whether they were confident the Northern Powerhouse was still on track and would be delivered in full. Only nine per cent said ‘yes’, compared to 37% who said ‘no’. The remaining half (49%) believed it was ‘less likely to happen than a year ago’, compared to just six per cent who thought it was ‘more likely to happen’.

The same research also quizzed business owners on where they would like to see any future transport investment spent as part of the Northern Powerhouse scheme. Topping the wish list was a trans-Pennine tunnel linking Manchester and Yorkshire (47%), while the so called HS3 new electrified rail line, also linking the two regions east-west, came second (39%). The government’s flagship HS2 project curried the least favour, with just 15% of the vote.

Simon Edmondson, Regional Chair for the FSB’s Manchester & North Cheshire region, where the study was carried out, said: “The Northern Powerhouse project has never been properly defined as to what the finished product would really look like. However, our research suggests many business owners unfortunately now believe whatever it does end up as – if anything at all – will be a diluted version – Northern Powerhouse ‘lite’ if you will.

“We believe it would be a wasted opportunity of epic scale if this was the case. However, we’re cautiously optimistic the government will use the Autumn Statement to reenergise the Northern Powerhouse concept and set it in stone.”

He added: “The other point to make about this research is on transport investment linked to the Northern Powerhouse. The trans-Pennine tunnel seems to have plenty of support, as does HS3 – not surprisingly. HS2 on the other hand really doesn’t have too many friends.

“HS2 is more about capacity, and the growing lack of. It was badly marketed as being about shortening train journey times, and that’s missing the point. We need more trains and we need more capacity, this research shows the HS2 PR people have a mountain to climb at least here in Greater Manchester if they are to change attitudes.”