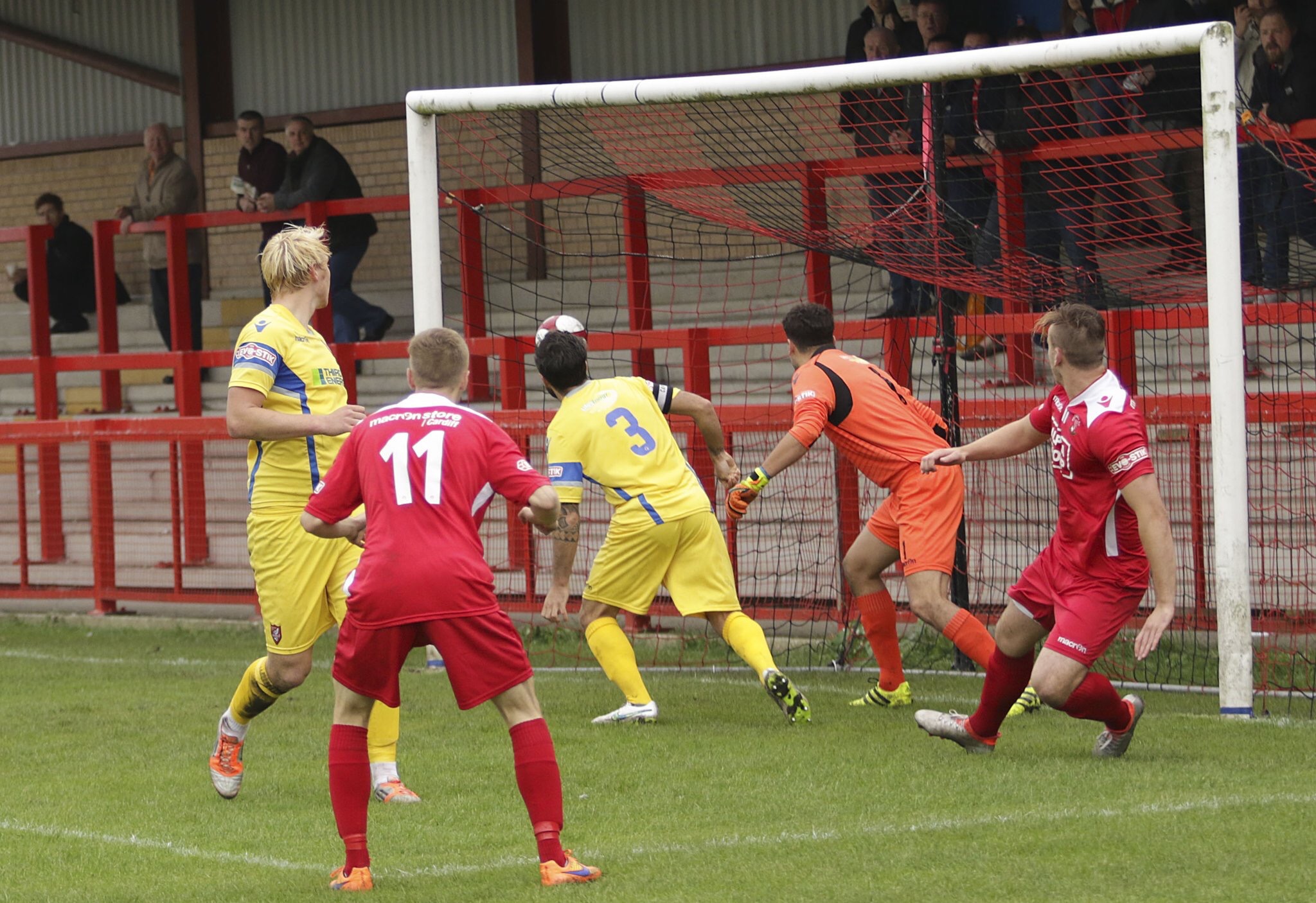 Stockport County made it through to the fourth qualifying round of the FA Cup with a two nil win over Salford City in the all Conference North tie.

A Danny Lloyd first half penalty and a second half Michael Clarke goal was the difference between the two sides.

Perhaps the best cup result of the day was in Tameside where Curzon Ashton put four past Bedworth United, three first goals and a second from Ryan Hall on the stroke of fulltime putting the Nash, one win from the first round proper for the first time since 2008

Fellow Tamesiders Stalybridge’s FA Cup adventures ended though at Halifax town, Josh Wilde putting the home team ahead but Stalybridge were level before half time thru a Tom Denton own goal, Danny Tone sealing the win for Halifax in a scrappy second half with a quarter of an hour left,

While Altrincham are having a poor season in the league, they made it through to the last qualifying round with a 3-0 win against Morpeth.

FC United will have to do in all again on Tuesday night after their three all draw at Broadfields against Harrogate Town, the away tram equalising with almost the last kick of the game in the 96th minute after FC had been 3-1 in front.

There was plenty of league action as well across the region. Ashton United returned to winning ways and going back into the top five with 3-0 win against Coalville at Hurst Cross.

In Division One North, all five of our teams shared the points. Hyde United played out a two all draw with Trafford, while Droylsden twice came from behind at the Butcher’s Arms to record the same score against Scarborough.

An Andy Bishop home debut header put Hyde in front on 25 minutes, Lee Neville equalizing for Trafford just after half time.The Tigers took the lead again with just eight minutes to go, Khamsuk scoring his first senior goal for the club but Trafford level with just two minutes left, Neville getting on the end of a free kick to claim a point for the visitors.

Radcliffe Boro and Mossley both came from a goal down to draw at Clitheroe and Brighouse respectively. Radcliffe found themselves behind in somewhat controversial fashion with half an hour left when a Brad Carroll header came off the underside of the bar with the linesman ruling that the ball had crossed the line, but deservedly leveled through a Dylan Smith penalty and had a great chance to go home with all three points when awarded another penalty in the dying moments only for Carrol’s strike to be saved.

Meanwhile  the Lillywhites earnt a credible point at the league leaders after Ruben Jerome had put the home side ahead, before Kyle McGonigle headed home from ten yards to equalize from a free kick just before half time.

Move over Picasso – pupils from schools in Heywood are showing off their artistic...