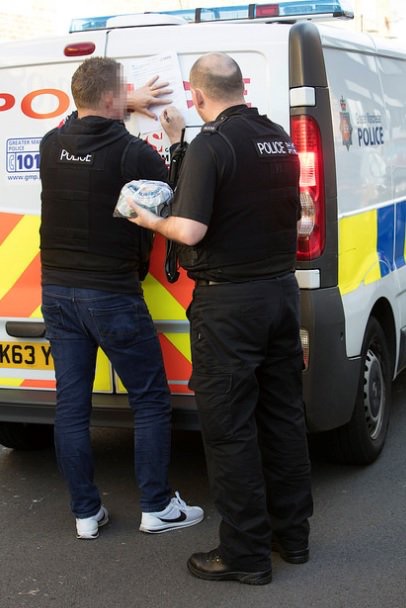 Six men have been arrested after raids this morning in Bury and Tameside as part of an investigation into the unlawful sale of medicine and controlled drugs online.

Code-named Operation Pyarr, several million pounds worth of pharmaceutical drugs have been seized in today’s investigation into the multi-million pound international fraud operation.

The investigation has been carried out by the Medicine and Healthcare products Regulatory Authority who are responsible for ensuring that medicines and medical devices are acceptably safe, in conjunction with Bury Police and the Police Service of Northern Ireland.

A total of six men were arrested on suspicion of supplying Class C drugs and remain in police custody for questioning.

Detective Chief Inspector Charlotte Cadden of GMP’s Bury Borough, said: “We have spent the past few months identifying where the public are able to get hold of these controlled drugs, and uncovering who is responsible.

“From our investigation, it is clear that this is a comprehensive operation, with genuine pharmaceuticals being unlawfully removed from the supply chain in the UK and then sold, illegally, online.

“While we have made arrests, we are continuing with our investigation and are committed to finding those who facilitate the supply of illegal substances in Greater Manchester.

“I’m asking for the public to continue to report anything suspicious to the police, and ensure that we can look after the public who are taken in by drugs that they believe are legal.”

Anyone with information should contact police on 101 or the independent charity Crimestoppers, anonymously, on 0800 555 111.