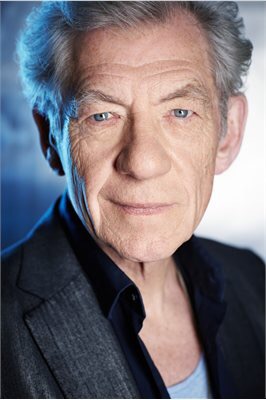 Known around the world from his time in Middle Earth on stage in London or New York or walking the cobbles of Weatherfield, Sir Ian McKellen’s next starring role will take place in his hometown of Wigan.

Sir Ian will be the next person to be honoured with a star which will go in pride of place on Believe Square in the town centre.

The 75-year-old will return to Wigan Borough this summer to personally accept his accolade at a celebration of a career which has so far spanned more than 50 years.

He lived in Wigan from the age of three to 11 in a semi-detached house across the road from Mesnes Park. He has spoken about his love of the brass bands playing in the park on summer Sundays and scoring for the cricket team and is a place where he has returned over the years. Sir Ian has said seeing traders pedal their wares in the Market Square was one of the things that first interested him in acting: that and the Frank Fortescue Players at the Hippodrome.

He also often recalls Wigan’s great sense of community, particularly through its host of communal venues including the municipal baths, cinemas and the children’s library which he often attended. This passion for libraries and educating young people has also inspired many people across Wigan Borough to visit libraries and continue with their learning.

Famous for his performances in Macbeth, Othello, Richard III and King Lear, Sir Ian’s first encounter with Shakespeare was a performance of Twelfth Night by amateurs at Wigan Little Theatre. But to most he will be best-known as Magneto in the X-Men films and as Gandalf in the Lord of the Rings and Hobbit trilogies.

Lord Peter Smith, Leader of Wigan Council, said: “It is an immense privilege for Wigan Council to bestow this honour on a great actor of film and theatre.

“Sir Ian McKellen is rightly one of this town’s most loved sons who has brought the magic of stage and screen to life to so many people around the world. There are few better ambassadors for the town having inspired people across Wigan Borough in so many ways including his active work campaigning for equal rights for LGBT community and as a founder of Stonewall.”

Sir Ian said: “I am looking forward to returning to Wigan, which holds so many special memories, for this honour. It will be fascinating to see how the town has developed since 1951, when our family moved to Bolton. If only the Hippodrome was still there!”