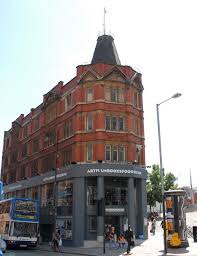 The building might not be saved but at least its continuing use is guaranteed at least for the short term.

Manchester City Council have announced this afternoon that the lease of the CornerHouse building is to be taken over by Manchester Metropolitan University after Greater Manchester Arts Centre Ltd (GMAC), relocates to HOME at First Street.

They are using the building as as additional teaching space for their Oxford Road campus and are due to take in on towards the end of April.

The fate of the building has been uncertain with the council said to be looking at redeveloping the 500,000 square foot site surrounding the Oxford Road Train station.

Last year a petition was set up by Polly Bentham to save the building and  allied on the council to come clean about their future plans.

The council since confirmed that they are working with Network Rail to bring in developers to move the project forward, though no specific proposals will be released until developers submit them.

Police and fire come together under one roof in Mossley