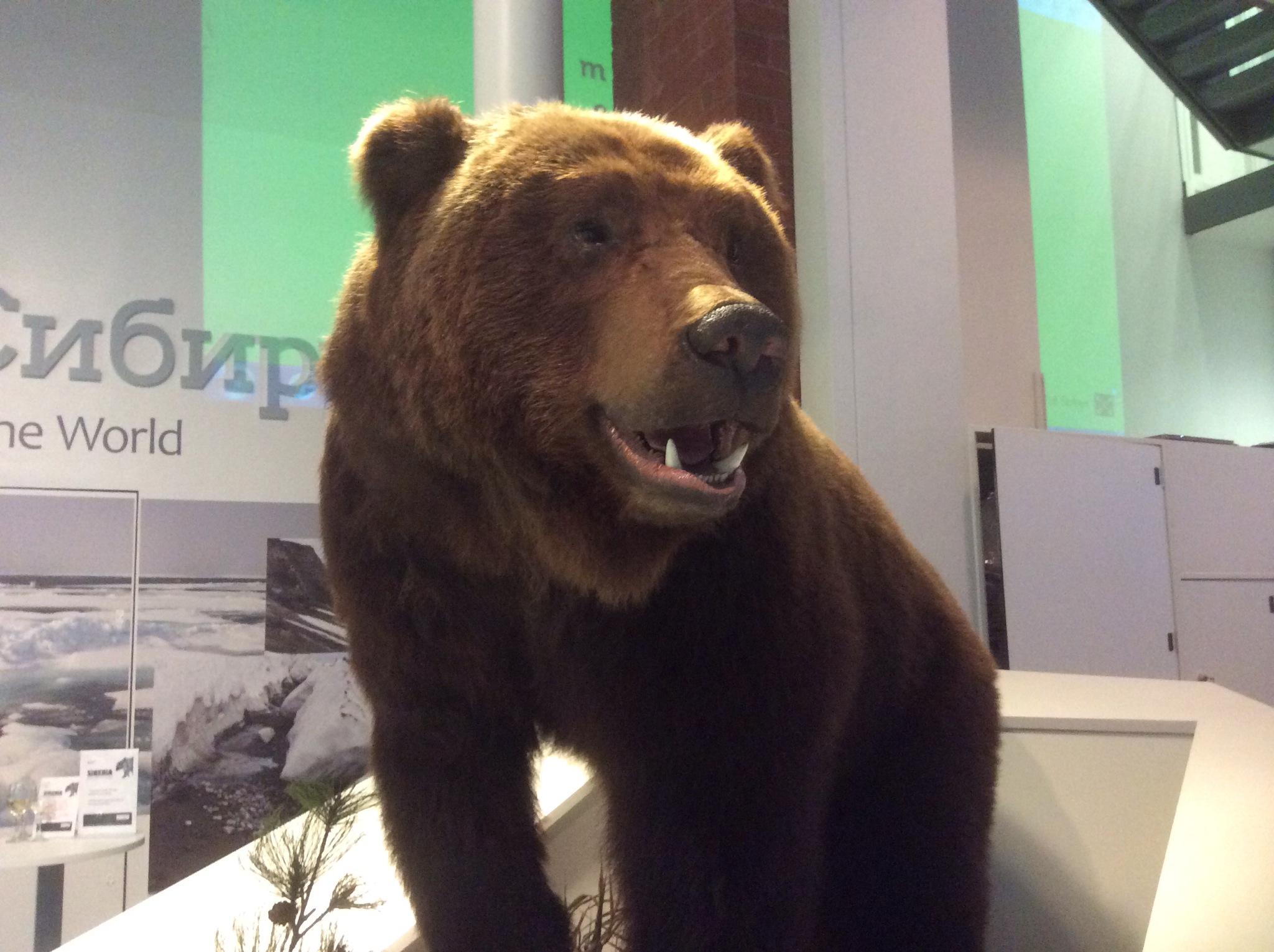 Siberia, the mere mention of the word still conjures up visions of the GULAG, layers of permafrost and the biting cold but a new exhibition at Manchester aims to transform this vision.

About Manchester talked to the curator of Siberia-at the edge of the world Dmitri Lugunov.

It is the shear size of the place that really gets you. our conventional view of the globe, fixed on Western Europe, pushes this vast geographical area to the edges of the world. The first thing that the exhibition does is implants it’s scale at the centre of your mind.

Nine time zones, at least eight five known ethnic groups, stretching not just in Russia but to Mongolia and the Northern reaches of China.

It’s largest city Novosibirsk a four hour flight east of Moscow over the Ural Mountains, with a population that exceeds that of Greater Manchester, and its largest lake, holding twenty per cent of the planet’s fresh water, fed by over three hundred rivers flowing south from the Arctic Circle.

Dmitri’s idea for the exhibition came a few years ago, originally a photographic one aimed at removing the misconceptions about the place and giving the visitor more rounded information based on first hand experience

A brown bear, Mishka, greets you before you enter, it is consider an ancestor, the clawed old man, it can stalk its prey, leap on its back at a speed of 50 km an hour and kill it with a single stroke of its paw.

Animals feature a great deal in Siberia, its coat of arms, the sable, it’s prized skin once described as the gold of Russia, today protected in several reservations.

There is the story of Ross’s Gull, a glamorous native of the high Arctic, it’s rarity outside of Siberia making it one of the most sought after of sightings for North American and European twitchers.

The Spoon Billed Sandpiper and the Slender Billed curlew, the laters nesting grounds have never been found and it is believed that it is now almost extinct.

In the summer the Taiga bursts into bloom, the red Asian globe flower the Siberian pea shrub blanket the landscape as do the bugs, Mosquitos Midges, Black flies and ticks compete with the many varieties of Siberian butterflies, a huge collection of which was donated to the museum from the collection of a nineteenth century explorer.

The birch tree is a symbol of life for the Siberian people, the youthful Goddess of love and light it’s specifically harden bark is used for crafts today

The exhibition’s main attraction has yet to arrive. The body of a female baby mammoth named ‘Masha’, preserved in the Siberian permafrost for thousands of years, on loan from the Zoological Museum of the Russian Academy of Sciences, St. Petersburg.

She was discovered in 1988 the best preserved mammoth ever found. Her species died out 3,500 years ago, as the climate became warmer and wetter, the grasslands on which she fed replaced by the landscape of mosses and lichens that we see today.Other animals that roamed along side her survived, the reindeer, muskox, lemming and wolverine.

And as a warning of what the future may hold, we are reminded that the permafrost has more carbon locked within it that there is currently in the atmosphere. It covers an area 30 times the area of the UK.

It was the stories of the region that Dmitri wanted me to tell though. The faces of the people, their sayings, their way of life, and the culture of its peoples struggling to survive since the ethnic Russians first began to push east in the sixteenth century under the leadership of Ermak the conqueror.

The Buddhist monastery destroyed by Stalin in the 1930’s whose bowls are on show, the boots made of Burbot fish skin resistant to water, the Siberian moose, the largest in the world weighing in at over 400 kilos and the precious gemstones of which malachite is the most famous and the remains of meteorites considered as symbolic by the shamans that still practice in the area.

The stories of the GULAG cannot be ignored and there is a section dedicated to its story. Dmitri tells me that over four million people were unjustly imprisoned there. At its centre Magadan in the extreme North East, still today remote and extremely inaccessible.

The mask of sorrow monument perches on a hill above the town, it’s haunting faces commemorating the many prisoners who suffered and died in the prison camps of the Soviet Union during the 1930s, 40s, and 50s.

This is a exhibition simply not to be missed.