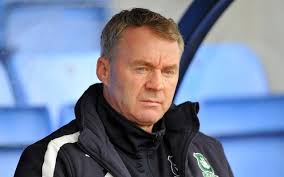 A statement by the board this morning said that Sheriden has left the club by mutual consent.

In a staement, The Board of Directors said that they would like to place on record their thanks to John for his contribution to the development of the club, not only during this tenure, but as both a player and manager previously.

“His impact over the past two seasons in particular, when he has saved the club from near certain relegation on both occasions, will mean he is always guaranteed a warm welcome here by both the club and fans alike.

This season, however, has not seen the progression we hoped with what was felt to be the nucleus of a good squad, and results, performances and league position have been hugely disappointing.”

Oldham are bottom of League One, their latest defeat, a five one thrashing at Rotherham on Saturday having just one won game all season