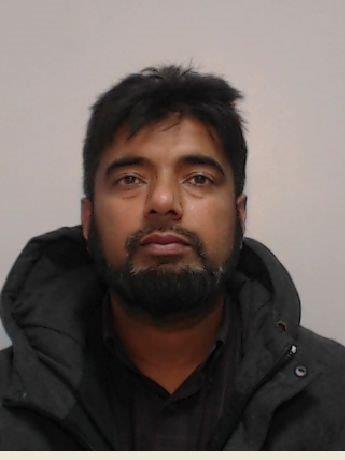 A man has been jailed for five and half years after indecently assaulting girls at an after-school class in the 1990s.

The court heard how in 1997, Liaqat Mahmood aged 48 was a tutor at an after-school class in Oldham for young girls and boys.

During one of the classes, Mahmood asked a girl to sit on a sofa before sexually assaulting her.

On a separate occasion, another of his victim’s went to make a cup of tea when Mahmood approached her from behind and sexually assaulted her.

His offending was reported to police on 9 February 2015 and following further investigation into the non-recent assaults, Mahmood was arrested.

Detective Constable Javed Iqbal of GMP’s Oldham Borough, said: “Mahmood’s behaviour was utterly despicable, taking advantage of young children he was supposed to care for and who had put their trust in him.

“I would like to thank the victims for the incredible bravery they showed in coming forward and reporting this man, I can only imagine how difficult it must have been to relive the trauma they faced at this man’s hands.

“I hope this sentence shows that no matter how long it is since a harrowing experience like this took place, we will do everything we can to bring the perpetrator to justice.”