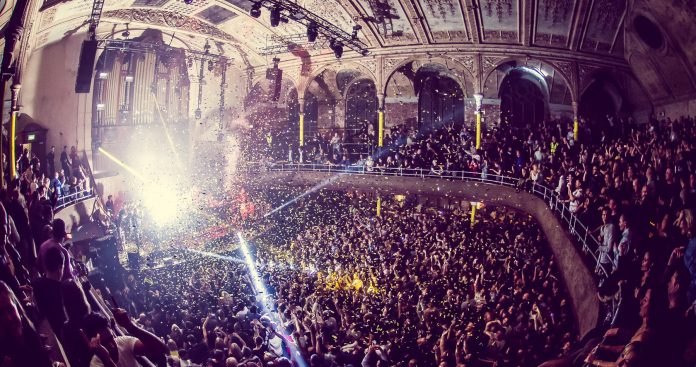 A ‘special guests’ round is being added to the Champion of Champions Art Battle Manchester event, which takes place next Saturday 30 September at Manchester’s prestigious Albert Hall.

The guests reflect the diversity of Art Battle’s audience and contestants but they all have one thing in common – none of them are artists! All guests will be out of their comfort zones of performing in their fields, and will – instead – be standing on stage at Manchester’s Albert Hall to create pieces of art. All the special guests will be mentored by working artists and their completed creations will raise funds for an excellent cause, which is close to Tony Walsh’s heart:

“I’m an ex Housing Officer and I often work with homeless people with my poetry. The rough sleeping situation in our city at the moment is shameful and it’s great that an event like this is supporting the many joined-up efforts that are being made. I’m proud to be involved and looking forward to a great night.

“The last thing I painted was a skirting board. I didn’t get too much on the carpet and so I’m sure those skills will stand me in good stead!”

Aside from the ‘Star Skirmish’ round, Battle Royal will see the 10 winners of the previous Art Battle Manchester events return to the ring for one last battle to compete for the ‘Champion of Champions’ crown.

Since 2013, Art Battle Manchester has delivered 10 sold out battles across the city in mills, warehouses, music venues, theatres, a skate park and even an old fire station!

Albert Hall’s capacity crowd will watch a spectacle of painters, illustrators, tattooists and street artists go head-to-head in what has been described at the city’s most energetic art event. With only 30 minutes to create a masterpiece, the audience decides the winner of each round and – ultimately – the artist who will be crowned Champion of Champions.

Hosted by broadcaster/DJ, Hattie Pearson, Battle Royal will mix up the new artists with DJs, art exhibitions, street food, a licensed bar and all manner of unexpected shenanigans.

Recently, Art Battle Manchester, together with Scarlet Nieschmidt – one of the ABM #8 artists – raised over £75, 000 for the #WeStandTogether fund. The idea was a direct response to the Manchester Arena bomb. Artists from Manchester and beyond, all kindly donated a piece of work each and 100% proceeds were given to the fund set up for the victims’ families.

Art Battle Manchester ALWAYS sell out, so don’t leave it too late to get tickets sorted!

Tickets for Art Battle Royal are £15 and are on sale via Skiddle:

Six veterans from the 1982 Falklands War reunite in Minefield, directed by documentary theatre...