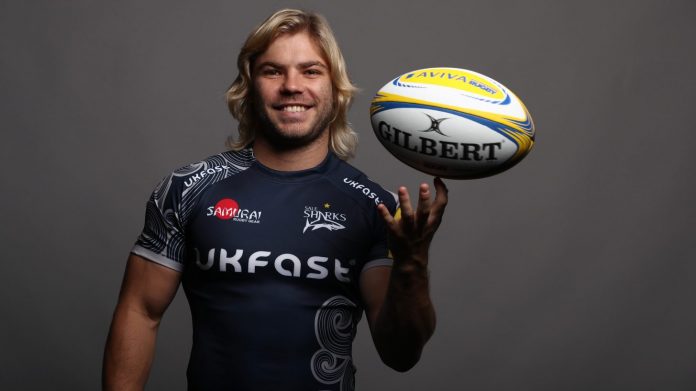 Sale Sharks star Faf de Klerk is in the running for an international award this Sunday  as part of the World Rugby Awards in Monte Carlo.

The scrum-half is among a five-strong shortlist following a stellar year of international performances and now could be named World Rugby Men’s 15s Player of the Year at a special ceremony at the Salle des Etoiles.

The South African international joined Sale in 2017 from South African outfit, the Lions and went on to play every Premiership match during his first season.

That coincided with the 27-year-old playing virtually every minute of South Africa’s Rugby Championship campaign, scoring tries against Argentina and Australia and earning rave reviews across his nine starts.

Since joining Sharks, he’s been supported by official club partner, Together, as the firm’s sponsored player and has made several appearances at the company’s offices in Cheadle.

Marc Goldberg, Commercial CEO at Together, said: “It’s great to see Faf nominated for an international award like this. He was voted as Sale’s Supporters’ Club Player of the Year last season, as well as playing brilliantly in South Africa’s Rugby Championship campaign, and he deserves all the credit he’s getting for his performances.

“These awards recognise players that have excited and inspired fans around the world and Faf definitely fits that category. We’re incredibly proud of our association with him and he’s a fantastic professional, both on and off the field.”