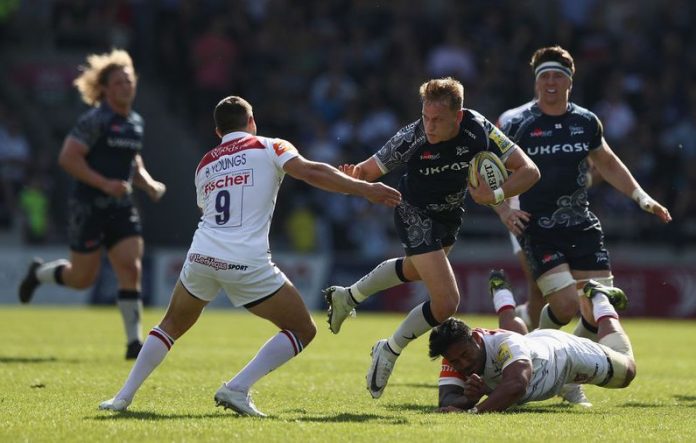 Sale Sharks’ Aviva Premiership campaign ended on a disappointing note as Leicester Tigers prevailed at the AJ Bell Stadium in what was an effective shoot-out for a top-six finish.
Though Marland Yarde scored an excellent try to give the Sharks hope, a powerful second-half display from the Tigers ultimately proved decisive.

The visitors adding three further tries to a first-half score from Jonah Holmes as the winger claimed a brace with George Ford, who claimed 20 points in total, and Mike Williams also going over in the second 40 minutes.

With Bath securing a bonus point win over relegated London Irish and Gloucester losing at Saracens, it meant the Tigers secured a fifth-place finish while Bath sneaked into sixth place and so claimed the final place in the European Champions Cup.

The results left the Sharks in eighth-place in the final standings, a frustrating finish from what has been a hugely promising campaign in so many ways.

Sharks fall in the Welsh Capital

Three young Sharks in Under 18 squad to face Wales