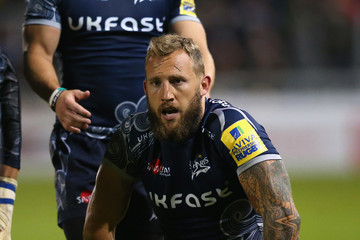 Byron McGuigan’s fine form for Sale Sharks has been rewarded with the winger having been selected to start for Scotland in Saturday’s Six Nations opener against Wales in Cardiff this weekend.

He earned a first call-up for Scotland in last Autumn’s internationals and on his full Test debut against Australia produced a man-of-the-match display, scoring two tries as Scotland secured a record-breaking 53-24 win at Murrayfield.

Now Scotland head coach Gregor Townsend has retained Byron, who will be making his inaugural appearance in the Six Nations, in a side showing six changes from the team which beat Australia.