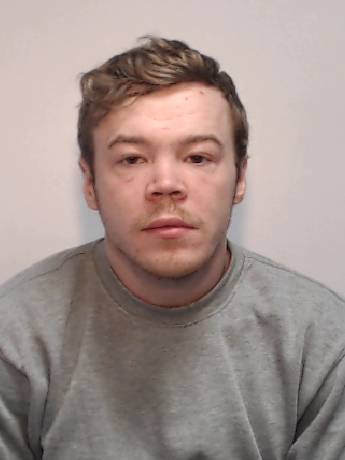 31 year old Michael Pickering of Coverham Avenue, Oldham was sentenced at Manchester Crown Square to life imprisonment and will serve a minimum term of 36 years after being found guilty of the murder of Jonathan Herd.

The court heard how in the early hours of Sunday 30 July last year, Pickering entered Jonathan’s flat on Lees New Road, Oldham armed with a knife.

He approached Jonathan and demanded that he hand over personal property.Pickering then proceeded to stab and beat him repeatedly before grabbing several items – including an X-Box – from the flat. He then fled to another flat after leaving Jonathan lying dead in his home.

The next day Pickering used Jonathan’s mobile phone to order a taxi which drove him to a pawnbrokers in Oldham. He tried to sell the stolen items but the shop refused.

Police caught up with Pickering later that day and arrested him.

Detective Chief Inspector Stuart Wilkinson from GMP’s Major Incident Team said: “This was a horrific attack on an innocent man whose life was taken away from him for the sake of an X-Box and a few DVDs.

“Jonathan’s family came to visit him the following day and walked in to find their loved one lay dead on the floor after being brutally murdered. No one should ever have to see that.

“Sadly there is nothing we can do to bring Jonathan back, but I hope today’s result goes some way to helping his loved ones grieve and come to terms with their loss.

“Justice has been served today and Pickering is exactly where he deserves to be – behind bars where he will have plenty of time to think about what he did.”