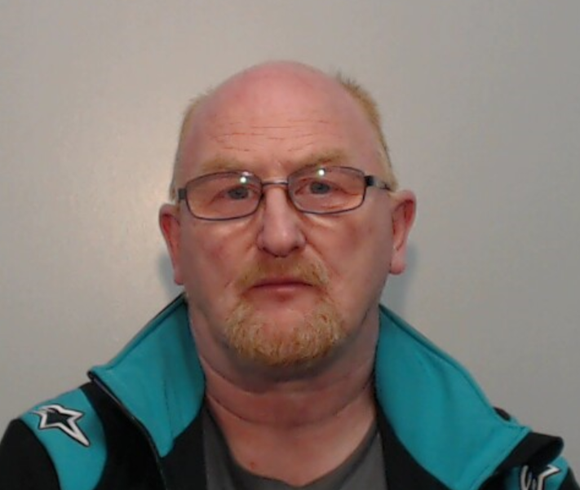 A man from Wigan who sent sexually-motivated messages over a sustained period to a girl nearly four decades younger than him has been jailed for 14 years after key evidence from his survivor.

The victim – now aged 16-years-old – has been praised by investigators after helping to bravely report Michael Dennett (54) and then support the investigation into his year of offending against her between 2017 and 2018 when she was aged just 12-13.

Manchester Crown Court heard how Dennett, of Poolstock Lane, started messaging the girl after the breakdown of his relationship and began to embark on a persistent campaign of sexually-motivated offending; sending her indecent images and asking her to send them in return.

Dennett’s offending was also physical as the victim spoke of wanting him to ‘leave her alone’ when he would try to hug and kiss her, but she helplessly ‘felt like she couldn’t say no’ as he also would inappropriately touch her.

It was reported to police initially after her mum had found sexualised messages on her phone from Dennett before subsequent disclosures came from the victim around sexual assaults.

Dennett was initially arrested for the communication in November 2018 and then subsequently interviewed in February and November 2019 as enquiries continued and forensic evidence was collated.

When we first interviewed,he refused to provide comment when asked about some of the messages we had seen he’d been sending to the victim.

The victim then reported a new allegation prompting us to arrest Dennett for a second time where he didn’t admit any offences and suggested that the victim had been ‘put up to this’.

He was found guilty after a trial in February 2020 of the communication offence, before being convicted of the remainder of the offences in a re-trial earlier this month.

Yesterday Dennett was sentenced to serve 14 years in prison and ordered to sign the sex offenders’ register and given a Sexual Harm Prevention Order indefinitely.

The survivor of Dennett’s abuse has received ongoing specialist support throughout the case and we have praised her for the evidence she was able to provide to us and the courts to help bring her offender to justice.

Police Constable Vicki Flemming, from our Wigan Child Sexual Exploitation team, said: “I want to firstly pay tribute to the survivor of this campaign of sexual abuse for their bravery in not only helping to report this incident to us, but for also having the courage to give evidence in court that was key to the success of this case.

“Michael Dennett’s offending was predatory and repulsive and it’s clear that he was a clear danger to this child and deserves his place behind bars for a number of years to come.

“We are committed to bringing to justice any sex offenders – especially those who target children as a way of gratifying their own depraved and perverted desires – and I want any victim of such abuse to know that we are here to listen to your concerns and to take thorough and robust action to bring offenders to justice.”

Two police assaulted in the early hours in Middleton

19 year old charged with rape in Hyde over the weekend