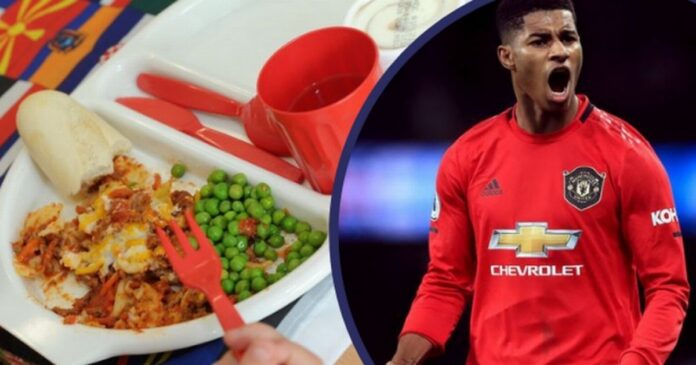 Salford City Mayor Paul Dennett has announced that families in receipt of free school meals can claim them during the half-term holiday next week.

The quick decision was made following news that government has rejected Marcus Rashford’s proposals to feed impoverished children over the holidays.

Salford City Council has committed to providing the generous holiday hunger package to families during half-term and also over Christmas.

Parents who claim free school meals should now take identification to their local gateway or hub and they will be given a free voucher. Residents can find the locations of gateways and Broughton Hub here https://www.salford.gov.uk/council-buildings-and-venues/gateway-centres/

Any parents with children in reception, year one or two and claiming benefits* – or in a non-mainstream school should also visit their nearest gateway or hub with identification to see if they are eligible to claim.

City Mayor Paul Dennett said: “I, like many others across the country, was shocked to hear about the government’s refusal to back Marcus Rashford’s proposals – proposals which themselves were based on government’s own commissioned policy recommendations.

“Salford City Council will not be letting children go hungry over half-term or the Christmas holidays. So today I am committing to find £10 a week for all children on free school meals in our city for that period. I’d also like to thank the organisations providing grab bag meals in the city too – it is really appreciated.

“When billions can be found for private sector contracts – often contracts which fail and have to be subsequently bailed out – it is remarkable how callous government can be when considering the plight of vulnerable British children.”

To help finance the campaign, the Spirit of Salford Network plans to launch a fundraiser to find resources from the community.

Spirit of Salford representative Councillor Sharmina August said: “To help the council, we have set a target of £20,000 to raise from the community towards this project.

“The council already has a programme in place to deal with holiday hunger in Summer, through Salford Assist. Our scheme over the last two years provided £5 a week for all schoolchildren on free school meals in summer – this time we’re trying to double that.

“Just like we did at the start of this pandemic, the Spirit of Salford will bring our communities together to support one another and help through these hard times. This will be a very hard Christmas for thousands of families in Salford, and across the country. I know that we are ready to look out for each other, and keep the Christmas spirit alive.

“Keep an eye out for the fundraiser – we will be kickstarting the campaign soon!”

Cllr Paula Boshell, former Deputy Mayor and anti-poverty champion for the city has also made comment on the proposals. Cllr Boshell said:

“Salford Assist has been providing holiday hunger support for several years now, a priority of the City Mayor since he was first elected in 2016.

“Making sure our city’s children don’t go hungry during the school holiday is our number one priority. The City Mayor has given us a clear steer to get in front of this problem and we’ll be working flat out until the holidays to get it done.”