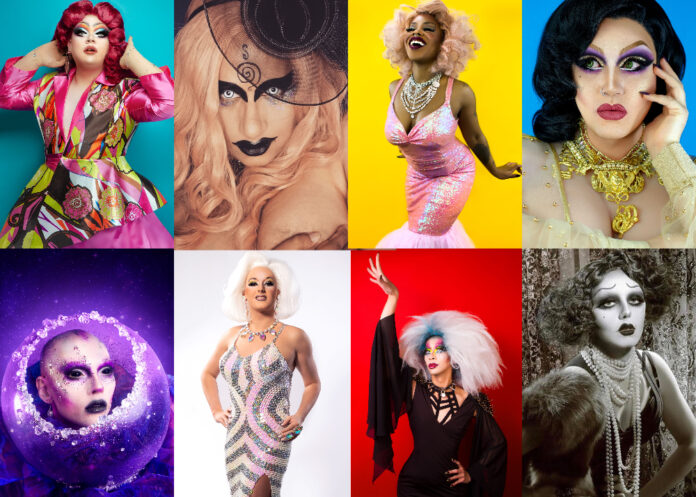 Music, comedy, theatre and vogueing will feature at Homeground, HOME’s temporary outdoor arts venue, this Summer, with a diverse lineup truly providing something for everyone, while the size of the 80,000 sq ft site means a great atmosphere no matter what social distancing regulations are necessary.

Comedian Russell Howard will play two rare work-in-progress gigs (Sunday 6 June and Monday 7 June) working up brand new material alongside some of his favourite fellow comedians, while the House of Suarez + Contact Vogue Ball (Sunday, 25 July) will see the fiercest performers from Vogue Houses far and wide compete for dance supremacy, hosted by the one and only Rikki Beadle-Blair. Tickets for the ever-popular event, which sells out every year, will go on sale on Tuesday, 1 June, while tickets for the other events will be available from Friday, 7 May, with priority booking from tomorrow (Wednesday, 5 May) for HOME Friends and Thursday, 6 May for HOME members.

The site’s opening weekend will feature an eclectic music lineup curated by Band on the Wall, which is currently closed for renovation following two decades bringing artists from across the world to the city.

The Sambroso All Stars will return to Manchester to showcase one of the most iconic albums in living memory, Buena Vista, live, on Homeground’s opening night, Friday, 28 May. The album won the Grammy for Best Traditional Tropical Latin Album, and remains a high watermark not just for Cuban music but world music as a whole.

Fronted by Nigerian singer Eno Williams, Ibibio Sound Machine (Saturday, 29 May) is a clash of African and electronic elements inspired in equal measure by the golden era of West-African funk and disco and modern post-punk and electro.

And Manchester-formed psychedelic rockers Henge will also bring their interplanetary sound to the Homeground stage on the afternoon of Sunday 30 May, followed in the evening by HOME favourites Bourgeois and Maurice, whose intergalactic musical Insane Animals debuted at the venue in February 2020, just before the coronavirus pandemic closed down the cultural sector. Delving into the shadowy abyss of their back catalogue, the camp cabaret stars will take audiences on a hilarious, heartfelt and highly inappropriate journey into the strangest reaches of their minds.

There will be more cabaret from Queeriosity, Manchester’s curious cabaret run by Donna Trump and Narcissa Nightshade, on Sunday, 20 June. Ahead of their return as a weekly event this summer, Queeriosity present a one-off theatre spectacular celebrating the extraordinary ‘Queers of our city’. A diverse and eclectic line-up will shine a spotlight on twenty of the city’s queer artists and drag performers including Cheddar Gorgeous, Eva Serration, Misty Chance, Coco Deville, Liquorice Black, The BollyWitch and many more to be announced.

Award-winning Manchester collective Take Back return on Monday, 28 June, with one of their iconic evenings of music, theatre and spoken word, featuring entertaining and enriching takes on how to stand together against injustice, and how we can make space for marginalised voices in a time when our right to peaceful protest is being threatened. The event will be followed by a Q and A chaired by actor and Take Back co-founder, Julie Hesmondhalgh.

On Thursday, 8 July, the Olivier-Award winning Showstopper! The Improvised Musical sees a brand-new musical comedy created from scratch from audience suggestions, with unpredictable and hilarious results.  With twelve years as an Edinburgh Fringe must-see phenomenon, a BBC Radio 4 series, a critically acclaimed West End run to their name, The Showstoppers have delighted audiences across the globe with their ingenious blend of comedy, musical theatre and spontaneity.

And on Friday, 9 July, West End star Ria Jones, last seen in Manchester at the Royal Exchange in Gypsy, will perform highlights from her 40-year career, which has spanned roles including Eva Peron, Mama Rose, and Norma Desmond, to Grizabella, Fantine and Mrs Overall in Acorn Antiques.

There will be more musical treats courtesy of Cerys Matthews, who is curating a day of words and music to complement of this year’s Manchester International Festival, to complement the Lemn Sissay and Hans Ulrich Obrist-curated exhibition Poet Slash Artist, taking place in HOME’s main gallery, plus family shows from Z-arts.

With more events due to be announced in June, Homeground is looking like the most welcoming, exciting and eclectic cultural event in the city this Summer. These events join the already-announced A Midsummer Night’s Dream and Alice in Wonderland at the pop-up First Street venue, which will be open until the middle of August.