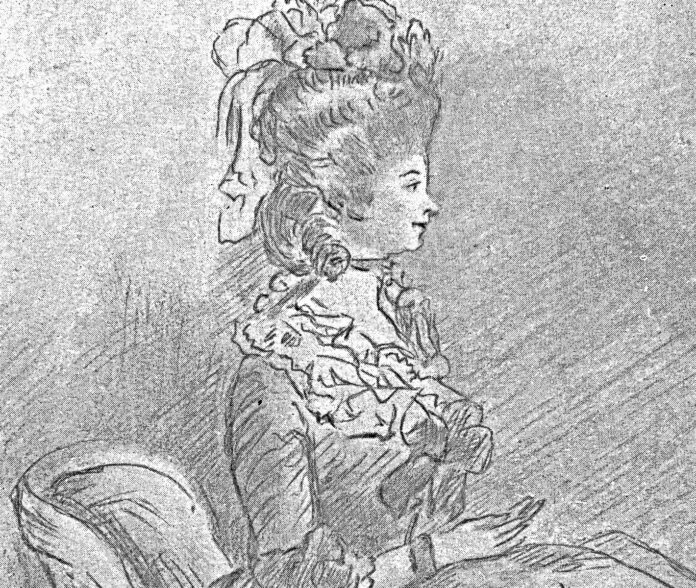 A series of newly transcribed letters between the then-future George IV and his family’s sub-governess Mary Hamilton have shed fresh light on their relationship. The 240-year-old letters – based at the Royal Archives in Windsor – reveal Hamilton’s perspective on the “lovelorn” Prince of Wales.

Largely written over the second half of the year 1779, the 139 letters between the 16/17-year-old Prince and 23-year-old Mary Hamilton have in the past been largely treated as “love letters”.

However, the team at the Unlocking the Mary Hamilton Papers project, based at the John Rylands Library at The University of Manchester, take a different reading after reconstructing the correspondence, now fully transcribed and edited for the first time. Whatever it was from the Prince’s point of view, from Hamilton’s perspective his pursuit is decidedly unwelcome:

“I am tortur’d with some uneasy reflections which I cannot stifle… remember Sir my fame is dearer to me than life. For however innocent the motives which influence, the world would naturally & particularly two persons would put a cruel construction upon a secret & clandestine correspondence were it ever to transpire.”

Hamilton’s letters reveal the resourceful strategies she adopted to keep the Prince at arm’s length, evade his displeasure, and preserve her reputation intact. Her diaries – taken from the years after she escaped her post – offer evidence that she looked back with very mixed feelings about what she called a “disagreeable situation”.

“The letters and diaries show us that Hamilton was acutely aware of how dangerous the Prince’s attentions could be for her,” said Dr Sophie Coulombeau, Lecturer in English Literature at the University of York and Co-Investigator on the project. “Gossip could be ruthless towards women caught up in scandal, and Hamilton’s maintenance of a virtuous reputation was crucial for her marriage prospects and her social standing.”

Aside from her relationship with Prince George, Mary Hamilton is an important voice in her own right. Her writings, including almost 2,500 letters and 16 diaries, contain a wealth of detail about eighteenth-century life, language and literature.

Personalities from across Greater Manchester unite to urge the public to stay home and...