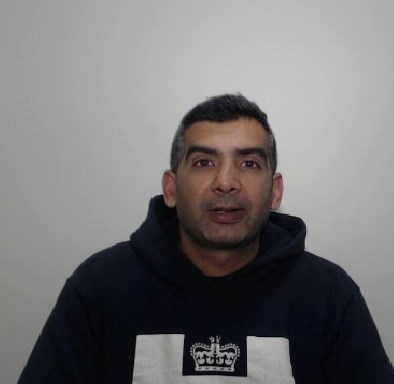 Aconvicted drug dealer from Rochdale who lived well beyond what he could allegedly afford has been sentenced following a lengthy investigation into money laundering.

The court heard that Mahmood Hussain 45, of Gowers Street, Rochdale, was previously convicted and sentenced for supplying heroin with a street value of over six million pounds back in 2019.

After however,an investigation by Economic and Cyber Crime Section’s Money Laundering Team, it was found that Mahmood had very little money in his bank accounts, had no houses and earnt very little money through the three car businesses he owned.

An investigation was launched by the team in January 2019 after he was charged with conspiracy to supply A drugs – amounting to 17kg of high purity heroin. He was jailed for 13 years later that year.

It was found that the 45-year-old had actually funded deposits, improvements and mortgage payments on two houses that were in the names of family members. Designer clothing, handbags, footwear, jewellery and house modifications that cost thousands of pounds were also found by officers.

A Volkswagen and an Audi RS4 used by Hussain were also registered in other names.

The court heard that £336k was laundered – all money that he’s believed to have gained through his role as a drug dealer.

Hussain was sentenced at Minshull Street Crown Court after pleading guilty to three counts of money laundering. He was sentenced to two years which will run concurrent to his existing prison sentence.

Detective Constable Louise Henry, from GMP’s Economic and Cyber Crime Section, said: “Hussain lived an extremely lavish life and lived in a renovated property that had clearly been modified thanks to the huge sums of cash he had through his career as a criminal drug dealer.

“This was a lengthy investigation that has taken two years to bring to the courts after months of meticulous scanning by the team who had to identify where the money was coming from and going to which can be an extremely complicated and long-winded task.

“We will continue to target those who cause the most harm in communities and investigate those who are living lavish lifestyles, funded by criminal means.

“With the current rising cost of living, targeting those who are living luxurious lifestyles funded by criminal means is especially important as those who don’t break the law are simply earning a living as best as they can.