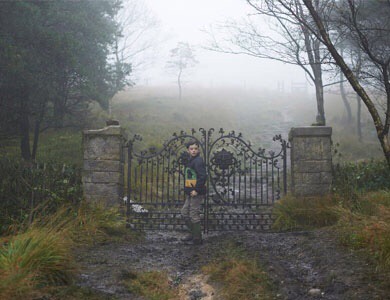 CHORLEY’S Rivington Pike and surrounding landscape is currently starring in the Hollywood film, A Monster Calls, which is out in cinemas now.
The film, which stars Sigourney Weaver, Felicity Jones and the voice of Liam Neeson as the monster, features the local Rivington landscape as the backdrop in several scenes, which were filmed back in October 2014.

At the time, nearby residents and visitors spotted dozens of the film’s crew near the Pigeon Tower up at Rivington after filmmakers got in touch with Chorley Council and other land owners for permission to film in the area.

For the purposes of the film, the pike’s tower has been edited out and replaced with a house set amongst some trees but the landscape is still recognisable to people who know the area. The film tells the story of 13-year-old Conor, played by newcomer Lewis MacDougall and is a fantasy movie based on the book by the same name by Patrick Ness.

Councillor Peter Wilson, the Deputy Leader of Chorley Council, said: “With its rugged landscape, historic features and scenic views, Rivington and Rivington Pike make excellent backdrops for lots of different filming opportunities. We were delighted when we were approached by the location manager of a Hollywood movie to do some filming in the Chorley borough and couldn’t turn down the opportunity.
“The story sounds very dramatic and emotional and it is fantastic to see Rivington play a part in the film. A lot of people already visit the Rivington area for walking, cycling or other recreational activities but we’re hoping this will provide even more exposure, encouraging people to come and see the locations where the film was shot for themselves.

“Attracting visitors is really important to Chorley, helping to boost local businesses and the local economy and having the area feature in a major Hollywood film is a great opportunity to put Chorley on the map.

“In 2016, we launched our first visitor website checkoutchorley.com to inspire people to visit Chorley. We know we have some of the most beautiful countryside in the region, a thriving town centre, beautiful canals, parks and historic halls but we want more people to know that Chorley has lots on offer visitors for a great day out.”