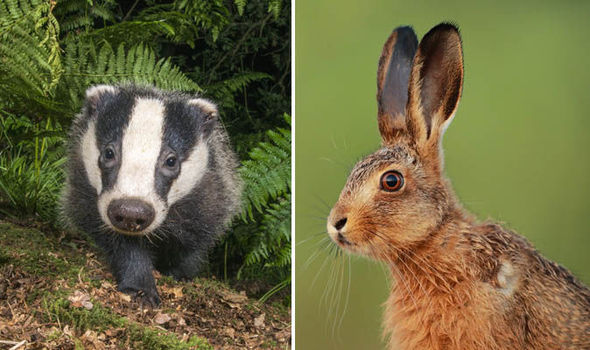 A new report published today by nature experts has revealed a worrying increase in reporting of wildlife crimes against badgers, fish, birds of prey, and marine mammals during the pandemic. While a sharp decline in convictions for wildlife crimes including hunting, illegal wildlife trade, and fishing crime was also seen in 2020.

Reports of likely crimes against badgers rose by 36% in 2020, compared to 2019, with reports of potential fishing crimes up by more than a third  and marine mammal incident reports (in Cornwall alone) rising 90%, according to data gathered by the NGOs. The number of confirmed raptor crimes in England & Wales in 2020 was almost double that in 2019, rising from 54 to 104 (the worst year for bird-crime ever as detailed by the RSPB in October).

Martin Sims, Director of Investigations at the League Against Cruel Sports and Chair of Wildlife and Countryside Link’s Wildlife Crime group, said: ‘‘Wildlife crime is something that should concern everyone – it inflicts pain, harm and loss for much-loved wildlife and fuels wider criminality against people and property. Despite this the police still don’t gather centralised data on these serious crimes, leaving an incomplete picture from charities, which could be just a drop in the ocean of wildlife crimes. It is high time the Government steps in to treat wildlife crime with the seriousness it deserves. Making key crimes notifiable would enable police forces to better target resources, and track repeat offenders. While better police and prosecutor training and resources would help raise the pitiful 32% conviction rate for hunting prosecutions alone. The system must change to crack down on offences against nature once and for all.”

Dawn Varley, Acting CEO of the Badger Trust, said: “Badger crime has been a UK Wildlife Crime Priority for more than a decade, due to the scale of persecution – but sadly this persecution shows no sign of letting up. 2020 saw reports of badger crime rise, driven in large part by a shocking 220% increase in reports of developers interfering with badger setts. A small minority seem to see badger habitat protections as an inconvenience to be quietly bulldozed over, rather than a legal requirement to conserve an iconic British mammal. 2022 must see renewed work by police forces and the Crown Prosecution Service to bring offenders to justice. This must be supported by better monitoring, new training to enable officers and prosecutors to demonstrate criminal intent, and consistently tougher sentencing to deter these crimes.”

Mark Thomas, RSPB Head of Investigations UK, said: “In the wake of an emergency climate conference and with all life on earth facing an uncertain future, there has never been a more important time for urgent action to end the illegal killing of wildlife. Wildlife declines are already being felt, and species can ill afford to face the additional pressure of being brutally shot, trapped or poisoned; nor should the public have to put up with these crimes taking place in the wild places they go to for refuge.

“Bird of prey persecution reached unprecedented heights in 2020, particularly where land was managed for gamebird shooting. And it is certain that more crimes will have been committed and simply gone undetected and unreported. We urge the public to report dead or injured birds of prey in suspicious circumstances to the police and the RSPB, or pass on any information which may help lead to a conviction.”


The lockdowns and restrictions of 2020 appear to have contributed to rises in reporting of wildlife crimes and falls in convictions in several ways. Opportunistic offenders may have felt that with the police busy enforcing social restrictions that wildlife could be harmed with relative impunity.

With increased use of the countryside in the pandemic more members of the public were also present to witness and report incidents of concern. COVID-19 pressures around social restrictions and staff absences appear also to have unfortunately reduced the capacity of police forces and the Crown Prosecution Service, and their ability to both bring hunting and fishing cases to trial and achieve convictions.

While today’s report reveals worrying figures, with impacts for treasured species like badgers, buzzards, kestrels, seals, dolphins and bluebells, it gives an incomplete picture. These organisations all collect data in different ways, with many only holding figures on reporting and convictions for incidents where members of the public have directly contacted them.

There is a huge lack of information on wildlife crimes due to police not being required to officially record wildlife offences. Most wildlife crimes are recorded as ‘miscellaneous’ offences and are therefore invisible in police records, with no duty to be reported upon. The scale of wildlife crime is therefore likely to be far greater than the data collected by NGOs suggests.

The 16 wildlife organisations behind today’s report are warning that the way wildlife crimes are handled by both the police and Crown Prosecution Service must be reviewed and improved, if offences against treasured British wildlife are to be tackled.

In particular, the new report highlights that the continued absence of dedicated recording for wildlife crimes means that resources cannot be effectively assessed and targeted. A lack of expertise and resource for police and prosecutors, and deficiency of sentencing guidelines, is also leading to failures in convicting criminals and inadequate penalties for crimes.

Global species loss could be halved