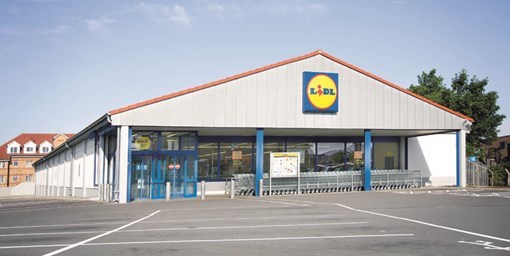 Lidl and Waitrose have emerged as the top performers, while Iceland finished last, in Which? ‘s first supermarket sustainability rankings.

In groundbreaking new research, the consumer champion gathered hundreds of pieces of data from annual reports and from supermarkets directly in order to compare their sustainability performance.

While a huge range of factors can contribute to a supermarket’s overall sustainability record, Which? ‘s research focused on three key areas – plastic waste and food waste, which shoppers have reported are the biggest issues for them; and greenhouse gas emissions, which experts generally agree pose the greatest environmental threat.

The research provides valuable information for consumers seeking to make more sustainable choices and should encourage supermarkets to make improvements in areas where they may be falling short.

Lidl and Waitrose are tied at the top of Which? ‘s sustainability league table, both scoring 74 per cent.

Lidl was rated above its rivals on greenhouse gas emissions and third best for plastic use, boasting a massive 87 per cent of its own-brand plastic as being recyclable at kerbside. However, Lidl did score poorly on food waste, but the supermarket claimed that its lacklustre performance was due to selling more fresh items than other supermarkets, in relative terms.

Waitrose also scored 74 per cent, earning a reasonable score for greenhouse gas emissions and strong results for both plastic and food waste compared to other supermarkets.

Frozen food specialist Iceland came bottom of Which? ‘s rankings, scoring just 29 per cent. It did better than some of the other supermarkets on food waste but was unable to report how much of its own-brand plastic is recyclable, so scored zero points. However, even a maximum score in this area would still have left it in last place. As a frozen food specialist, it was the worst performer on operational greenhouse gas emissions by some margin – Iceland’s in-store freezers need a lot of energy to run, though it does buy 100 per cent renewable electricity for its UK sites.

M&S scored an underwhelming 48 per cent overall. It was the only supermarket unable to provide its food waste data in a comparable format, so scored zero points for this. M&S also uses a lot of plastic relative to the number of grocery items it sells, and is also in the bottom half of Which? ‘s table for emissions.

While no supermarket did well across all the categories Which? looked at, there were clear front runners in each category, suggesting there is room for improvement by the other retailers who did poorly in these areas.

Aldi came just after Lidl in the greenhouse gas rankings, but has the best operational emissions intensity (its Scope 1 and 2 emissions relative to its revenue) of all 11 major supermarkets, and has decent targets to reduce them further.

The Co-op was the best supermarket on the overall issue of plastic, as Which? found it has a market-leading 94 per cent of own label plastic packaging recyclable at kerbside. In fact, 100 per cent of its own-brand plastic packaging can be recycled if you include in-store collection points.

Ocado beat the other supermarkets when it came to food waste. It redistributes almost all surplus food, leaving just 0.04 per cent as waste. Aldi, Co-op and Lidl have 24 times as much food waste proportional to their food sales as Ocado and Which? believes that these retailers should be doing more.

Which? also believes that supermarkets should eliminate any unnecessary plastic and make sure any plastic used in own-brand products is easy to recycle and clearly labelled as such.

Supermarkets hold a lot of the cards when it comes to the sustainability of their operations but they also respond to customer behaviour, meaning consumers can also do their bit to help bring about positive change.

Customers can make a big impact with how they shop and what products they pick up in the supermarket aisles. Avoiding packaging as much as possible, eating fresh local produce, cutting down on meat and dairy and not wasting food are all good ways for shoppers to make a difference.

“We know that consumers increasingly want to shop sustainably and our in-depth analysis of three key areas shows that all the big supermarkets could be looking to make some improvements.

“The good news is shoppers can make a big difference themselves by adopting more sustainable habits, such as buying loose fruit and vegetables, buying seasonal local produce, eating less meat and dairy and limiting their own food waste.”