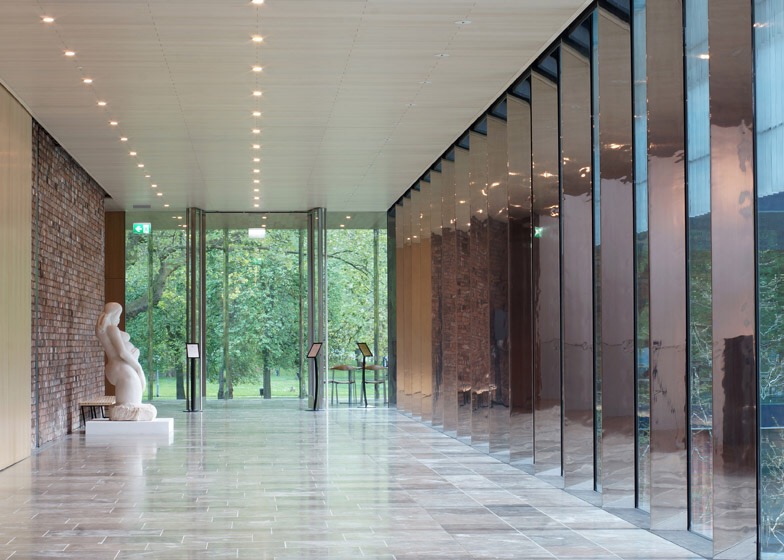 The Whitworth, part of The University of Manchester, has today been shortlisted for the RIBA Stirling Prize following its major redevelopment by MUMA (McInnes Usher McKnight Architects). The RIBA Stirling Prize is the UK’s most prestigious architecture prize and is presented to architects of a building that has made the greatest contribution to the evolution of architecture in the past year.
The gallery faces competition from Burntwood School by Allford Hall Monaghan Morris; Darbishire Place, Peabody housing by Niall McLaughlin Architects; Maggie’s Lanarkshire by Reiach and Hall Architects; NEO Bankside by Rogers Stirk Harbour + Partners; University of Greenwich, Stockwell Street Building by Heneghan Peng Architects.

The Whitworth reopened its doors on 14 February 2015 following a £15 million redevelopment project by MUMA which transformed the 126 year-old Whitworth into a 21st century gallery in the park. Since reopening, over 230,000 people have visited the gallery, breaking all previous annual records.

Following the announcement, Professor Dame Nancy Rothwell, President and Vice-Chancellor of The University of Manchester commented: ‘The transformation of the Whitworth has been a significant project for The University of Manchester and I am delighted with MUMA¹s beautiful reimagining of the gallery in the park. The fact that RIBA has recognised the architectural importance of this new building makes me very proud. The Whitworth is a valued part of the University, housing internationally significant art collections. Now we also have a building which matches these collections and which can be enjoyed by local people, students, staff and visitors from around the world for many years to come.’

Maria Balshaw, Director of the Whitworth commented: ‘MUMA’s sensitive extension and restoration of our building unlocks our potential as a university art gallery in a park. The collection and the knowledge held inside now connects to our local community of park users and the elegant, generous spaces for art are drawing people in from all over the world. We are delighted to have the quality of MUMA’s architecture recognized by inclusion on the Stirling Prize shortlist.’

At the heart of MUMA’s major renovation project is the creation of an elegant glass, stainless steel and brick extension, which sees two wings extend into Whitworth Park from the back of the existing 19th century building, connecting the gallery to the surrounding park beyond. For the extension, MUMA developed a unique Whitworth blend of British brick and a brickwork pattern with a traditional textile slash work effect, inspired by the gallery’s extensive textile collection.

Vault exhibition gallery ceilings enabling the display of major, large scale international shows. Visitors can now also gain access to the reinstated Grand Hall on the first floor through glorious Edwardian staircases returned to public use for the first time in over 50 years.

The gallery received a national award from RIBA and won the RIBA NW Building of the Year award earlier this year. The Stirling Prize winner will be announced at a prestigious ceremony at RIBA headquarters in London on 15 October 2015.