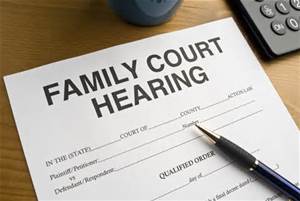 A North-South divide in the way children are dealt with by local authorities and the Family Courts has been uncovered by researchers from the Centre for Child and Family Justice Research at Lancaster University.

The findings, revealed today at a conference at Lancaster University to explore care demand and enable professionals from all over the North to hear and debate the issues, highlight regional differences.

The findings come amidst what has been described as ‘a looming crisis’ in care demand putting the courts and children’s services under massive strain.

Prompted by a call from President of the Family Division Sir James Munby, the research also shows that overall demand is going up across all regions but the picture fluctuates within regions and over time creating a complex picture and making predictions difficult.

Local authority and court cultures have a marked effect on the likelihood of children returning home under a supervision order, which sees a court returning a child to the family and the local authority responsible for advising, assisting and befriending the child

A North-South split in the use of supervision orders and care orders (courts placing children in the care of Children’s Services) for example: in 2015/16 9% of all orders made in the North West were supervision orders compared to 28% in London (highest of all).

Researchers add that, by contrast, all regions are behaving in a consistent and similar way when it comes to special guardianship (a court order placing a child with extended family or friends who take on parental responsibility) and placement orders leading to adoption.

Special guardianship has increased nationally whilst placement orders, which sever family ties, have gone down.

The findings, add the researchers, have important implications for policy and practice.

The Lancaster researchers have called for the north to receive priority attention with more resource allocation and preventive family support strategies to help reduce the risk of children becoming the subject of care proceedings.

Centre Co-Director Professor Judith Harwin said: “The finding of a north-south divide in the use of supervision orders and care orders was unexpected.
“Deciding on whether children should return home is one of the hardest decisions a court can make and risk appears to be weighed up differently in the north and south.

“Of course we need to explore the dynamics behind these statistics but it raises questions about the fairness of the system”.