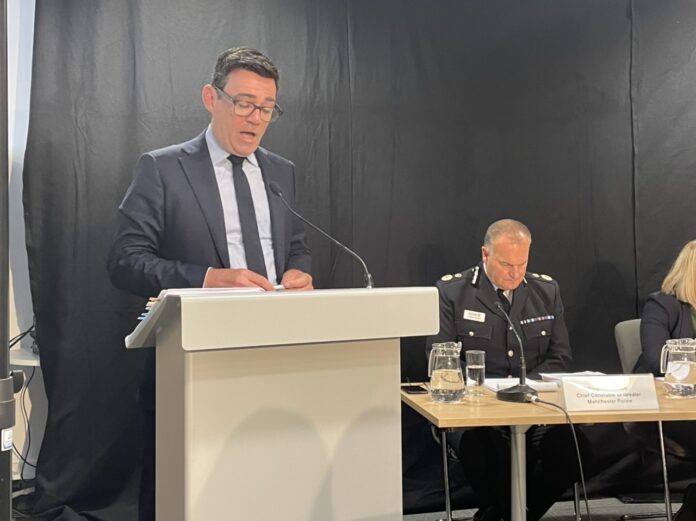 A much delayed independent report out today into historic child sexual exploitation in Oldham has found serious failings in the handling of some cases but has found no cover up from senior managers or councillors in tackling perpetrators nor was their any evidence of widespread abuse in shisha bars, residential homes or in the local taxi trade

The review looked into the case of Sophie, not her real name, who wrote to the then Oldham Council leader and copied in Mayor Andy Burnham raising allegations that she was subjected to profound sexual exploitation and that both Oldham Council and Greater Manchester Police had failed to protect her and that her complaints were not investigated properly

The report largely exonerates Oldham Council who the authors say were consistently attempting to develop best practice in addressing the threat of child exploitation and praises its services saying that at the time it was strategically ahead of many offers made available by other local authorities.

Indeed, says the report progress had been recognised in two OFSTED reports and a Greater Manchester Peer review.

The authors reviewed ten sample complex cases of young people, finding that paper work was poor and were characterised by a failure to initiate multi agency child protection measures.

However there were concerns about children as young as thirteen visiting the premises, although by 2014, these venues had been closed down

Allegations at the time that Oldham Council Labour politicians were connected to these premises and tried to cover up abuse.Indeed both Greater Manchester Police and Oldham Officers believed that the threats presented by shisha bars were being exaggerated by the media and by right wing commentators

The report also concluded  that there was no evidence that there was widespread exploitation of children in residential homes.Some of the children they find found had been subject to abuse prior to being admitted to the homes and some were drawn into it after being encouraged by other residents

The report also looked at taxi firms in the area.While the authors said that a small number of taxi drivers had been accused of and found guilty of sexual offences against children, there was no evidence of the alleged at the time cover up

The report also investigated cases of known offenders being employed by Oldham Council.One individual had worked for the council between 1988 and 2006 as a welfare rights officer.

He was found guilty two rapes, of sexual assault and trafficking for sexual exploitation and was jailed for nineteen years in 2012 and then found guilty of thirty further rape charges and sent to an addition twenty two years

The report found that there were serious failures in the council and if the abuse had been addressed at an earlier stage, many of his victims would have been spared

Tge review also looked into specific allegations relating to councillors in particular one councillor who was investigated over rape allegations.These were not taken up by the CPS, however the councillor lost the Labour Whip and subsequently resigned from his seat

Man dies in police custody after arrest in Dukinfield