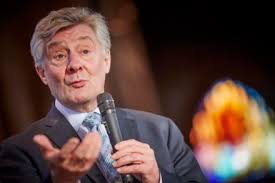 MP for Rochdale Tony Lloyd, a former police and crime commissioner for Greater Manchester has been appointed as Shadow Nothern Ireland Secretary by Jeremy Corbyn.

The appointment follows the sacking of Owen Smith for calling for a second referendum on Brexit once the final negotiations have been completed.

”Peter is a friend of mine, but I don’t recognise the fact that I’m part of a Stalinist coup.”

Matt Frei then asked the newly appointment secretary why the British people couldn’t have a second EU vote.

“It’s simply not where the country’s at” Mr Lloyd said.

“It most certainly does involve no hard border in Ireland.”

Oldham’s new gritter is named after an avalanche of interest

Police appeal for information after a man is seriously injured in a collision in...