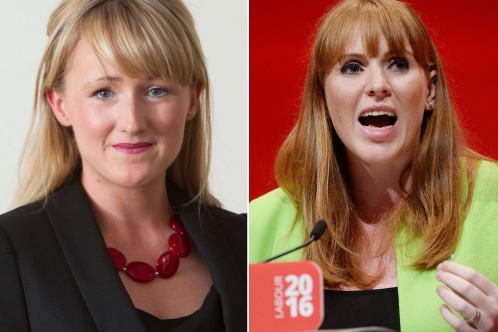 There has been much talk and rumor this week of a succession plan and two of Greater Manchester’s MP could be top of the ladder.

Salford’s Rebecca Long-Bailey, promoted this week to Shadow Business Secretary  and Tameside’s Angela Raynor, who hosted her leader on Friday are both being mentioned as possible successors.

According to the Sunday Times, both have been the stars of  secret “succession planning” for Jeremy Corbyn’s departure, according to leaked documents that warn the party is facing meltdown under his leadership.

“The public appeal of two rising stars, Angela Rayner and Rebecca Long-Bailey, has been tested by a focus group as the hard left looks for potential successors to Corbyn,” says the paper.

Both would nicely fit the criteria of being ” proper people”. Rayner in particular having grown up on a Stockport council estate, brought up by a mother who couldn’t read or write and leaving school at 16, pregnant.

“Members of the public were asked by BMG for their views on Long-Bailey, the new shadow business secretary, and Rayner, the shadow education secretary, along with Corbyn and his closest ally John McDonnell, the shadow chancellor.Rayner had been considered to be the more likely hard-left candidate in a leadership contest, but the responses to her were “overwhelmingly negative”.”

Long-Bailey meanwhile, former solicitor and MMU student “emerged as the most credible figure with voters describing her as “passionate”, “genuine”, “sincere” and “very smart”, although some saw her as “aggressive” and “rough”.”

Union disappointed with the Government’s response to a House of Commons debate on Shop...

Appetite for fast fashion goes out of style when people learn about impact of...