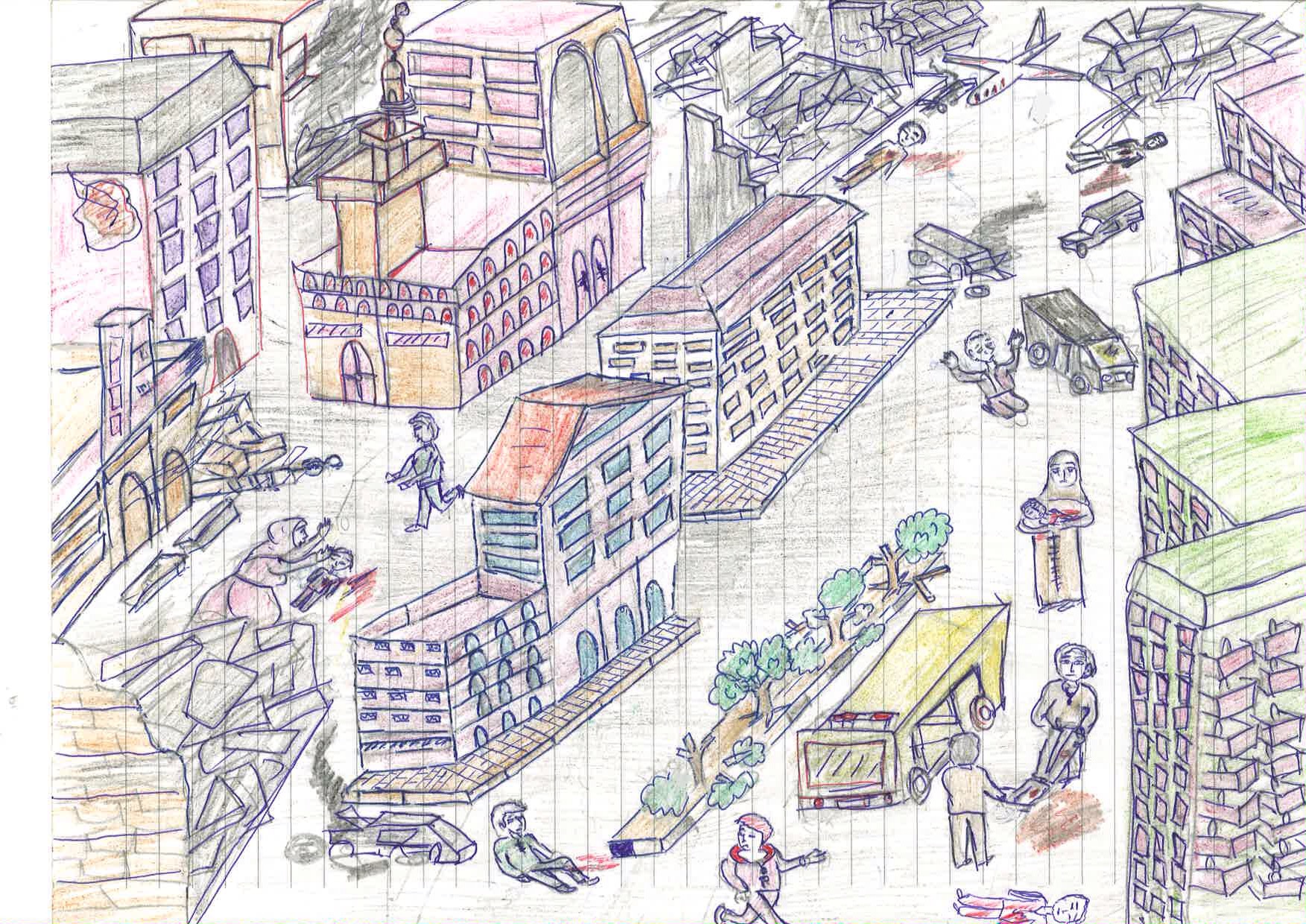 Drawings made by children displaced by the Syrian conflict showing their experiences of the war are to go on show as part of an exhibition organised by The University of Manchester in partnership with non-governmental organisation Watan.

The exhibition entitled ‘Syria: Reaching Out to Children and Parents of War’ has been put together by University psychologists and Watan humanitarian workers who are working with families in Turkey and Syria and in Manchester to help them cope with their traumatic experiences.

The event, at Z-arts, Hulme, 4-6 June, will feature drawings, and activities for children and adults such as Arabic calligraphy as well as traditional music and a film made with parents who have fled Syria about their parenting journey from before the conflict, during the conflict to now in the UK.

The event is all put together with the help of Manchester’s Syrian community. Children attending the event with their families will have the chance to draw and paint pictures and write letters and send them to children displaced by the Syrian conflict.

It coincides with the UN’s International Day of Innocent Children Victims of Aggression (4 June).

Dr Kim Cartwright from the University’s School of Psychological Sciences is helping to put the event together. She said: “The children we work with in Turkey and across the border in Syria are often deeply traumatised. Their parents and caregivers play a key role in protecting them from psychological distress, but parenting in such extraordinarily challenging circumstances is extremely difficult and stressful.”

‘Syria: Reaching Out to Children and Parents of War’ is open Thursday 4 and Friday 5 June, 12 – 8 pm and Saturday 6 June 10 am – 4 pm and includes children’s activities on all three days. A drinks reception will be held on 4 of June between 5-8 pm including traditional Syrian sweets and pastries and live traditional Middle Eastern music.