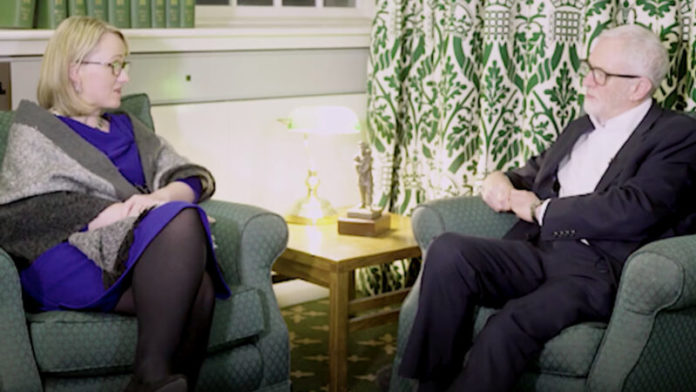 Jeremy Corbyn has appeared in a campaign video for Rebecca Long-Bailey, saying he would give her his ‘absolute support’ if she became Labour leader.

The MP for Salford who according to a poll this week is lagging behind rival Kier Starmer is seen in a clip, being interviewed by Mr Corbyn in Westminster

She tells him: “And obviously, when I’m leader of the party, you’ll be there supporting me as a green revolutionary.”

The two discuss Labour’s plans for a green industrial revolution, the government’s failure to take action on the climate crisis and the likelihood of reaching net-zero by 2030.

Pupils Listen to the earth as part of Holocaust Memorial Day