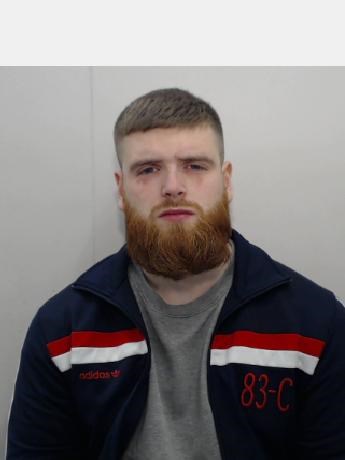 A man has been jailed for forty months after a fatal road collision in November 2018 which killed 8-year-old Emily Connor in Monton.

Jon-Paul Caruana aged 25 of Lawndale Drive, Worsley has also been disqualified from driving for four years and eight months after pleading guilty to causing death by dangerous driving.

The court heard how on the morning of Saturday 10 November 2018, Caruana was late for work and was driving at speeds of up to 50mph in the moments before he collided with Emily Connor on Monton Road while she and her grandmother were crossing to get to a bus stop.

The fatal incident triggered an extensive investigation from GMP’s Serious Collision Investigation Unit that ultimately disproved Caruana’s initial denials to detectives that he was rushing and ever went above the speed limit of 30mph.

Caruana was driving to his work at Salford Quays in his blue Vauxhall Corsa with his partner and their four-month-old child.

He was rushing to pick up a colleague to travel to work with after initially having to return home because he had forgotten his security fob.

In an attempt to get to his destination on time, Caruana was seen on CCTV overtaking a car at excessive speed on Folly Lane – just over a mile away from Monton Road where the collision was to take place.

Witnesses described Caruana’s driving before the collision and how he appeared to be increasingly agitated due to factors slowing down his journey such as temporary traffic lights and queues of traffic.

Emily Connor – who lived in Chesterfield and was visiting her grandparents for the weekend – was crossing Monton Road while holding her grandmother’s hand to get to the bus stop to travel to the Trafford Centre, where they were planning to go shopping for the day.

Despite the road appearing initially clear, Caruana was seen seconds later driving down the road at speeds of 50mph and sounding his car horn before Emily broke free of her grandmother’s hand in an attempt to get to safety.

Emily was unable to avoid the car and, despite the best efforts of emergency services, was sadly pronounced dead at the scene.

Caruana was arrested at the scene on suspicion of causing death by dangerous driving and was questioned by officers, where he repeatedly stated over the course of three interviews that he did not exceed over 30mph before the incident occurred.

Due to detailed forensic collision work as well as CCTV and phone analysis, the investigating team were able to uncover the extent of Caruana’s dangerous driving that day.

This included dash cam and CCTV footage of him travelling at speed in the moments preceding the collision as well as a Whatsapp message sent from Caruana’s partner to the work colleague referring to how he was ‘breaking speed barriers’ in an attempt to pick him up on time.

On Tuesday 4 February 2020 Caruana pleaded guilty at Manchester Crown Court to causing death by dangerous driving before he was later sentenced to three years and four months in custody.

Police Sergeant Lee Westhead, of GMP’s Serious Collision Investigation Unit, said: “The patience and dignity shown by Emily’s family throughout this investigation has been inspiring. This was a long and complex investigation into a sustained period of dangerous driving over some distance.

“Ultimately, faced with the overwhelming evidence gathered against him, Caruana had to abandon his lies and face up to the enormity of what he had done – all because he was a few minutes late. He treated other road users with contempt and his flagrant disregard for the rules of the road resulted in an unimaginable tragedy.

“I hope that Emily’s family take some comfort from today’s sentencing and I send them my sincere condolences and best wishes for the future as they continue to rebuild their lives.

“Drivers need to take heed of today’s case; nothing was worth the loss of the life of a wonderful little girl. We share our roads with vulnerable road users – treat each other with respect.”

Emily’s family were present at the sentencing hearing and released the following statement: “The family and friends of our daughter, Emily, would like to take this opportunity to firstly thank everyone who came forward in assisting the police with their investigation.

“We would like to especially thank those who stayed with Emily at the scene. It gave us great comfort knowing you were with her.

“Emily’s brothers and ourselves have somehow got to try to move forward, without our beautiful girl. We hope to live in a way Emily would have wanted us to – with grace and compassion.”