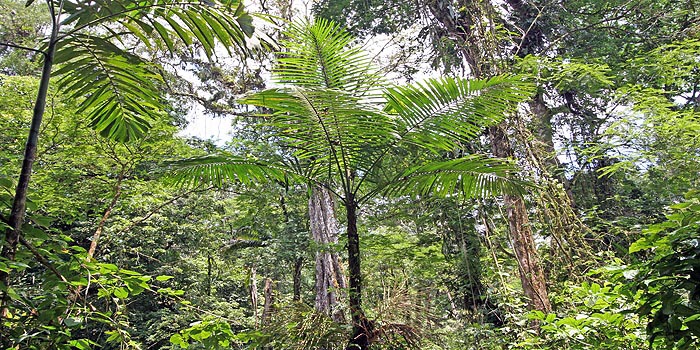 New Manchester research into the number of tropical trees across the world suggests rare species are at risk of extinction at current rates of deforestation.

Dr Francis Brearley, Senior Lecturer in the Division of Biology and Conservation Ecology at Manchester Metropolitan University, was part of the global team of researchers collecting data on species richness. He contributed by collecting data on trees in the tropical rainforests of Borneo.

Dr Brearley said: “It is these rare species that make up the bulk of biodiversity and we don’t really know what they do or where they are found so this study is helping to improve our knowledge of rare species.

“Rare species are the ones that are likely to go extinct just by the fact there aren’t as many of them. Providing a more accurate picture of the number of species across tropical rainforests allows us to monitor and protect those rare species which are at threat from, among other things, deforestation.”

Statistical analysis suggests there are over 40,000 species but it could be as high as 53,000, according to the study. This compares with just 124 tree species across temperate Europe.

Researchers conducted ecological sampling in given areas of each of the rainforests to create spatial richness patterns. By using the mathematical relationship Fisher’s log series, they were able to extrapolate the number of species in that region.

It was found that tropical rainforests in the Indo-Pacific and America regions were almost five times as species rich as African rainforests. While all tree species are restricted to their respective continent.

As trees play a central role in rainforest ecosystems, the new data will help researchers to better estimate diversity other tree-dependent plants.