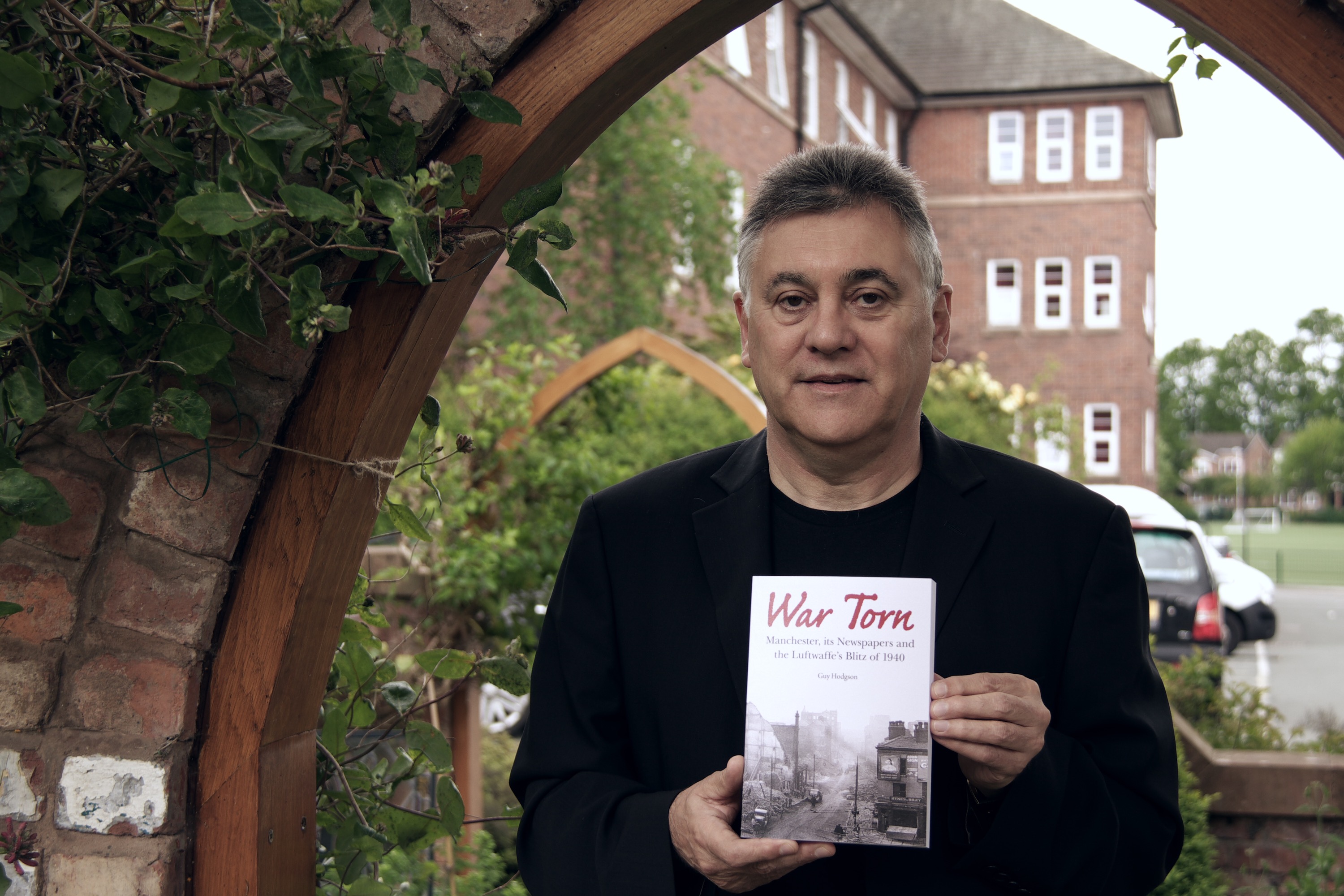 In a digital world where instant access to information is a given, it’s hard to imagine a time when newspapers were the principal tool of mass communication between the government and the public.

But during the Second World War, newspapers were indeed important and influential bearers of information, and a new book launched by the University of Chester Press examines the role of local and regional newspapers during the Manchester Blitz in December 1940.

Launched to coincide with VE celebrations marking 70 years since the end of the Second World War in Europe, War Torn: Manchester, its Newspapers and the Luftwaffe’s Blitz of 1940 delves into the gap between reality and what appeared in print, “when Mancunians stopped being distant observers and became the story”.

Researched and written by educator and former journalist Dr Guy Hodgson, the book analyses Manchester’s newspapers before and after the city’s wartime blitz. Guy explains: “The role of the British press during the Second World War is often overlooked and this book attempts in part to address that omission.

“During the Second World War, the importance of the media intensified and journalists faced very real dilemmas. Should they report news, good or bad, from the battlefields and events elsewhere? Was it their role to shape public opinion and support the war effort by boosting morale – or should they hold the authorities to account?”

Guy has more than 30 years’ experience in the newspaper industry, working on regional and local titles before spending time as a staff journalist for The Independent, the Independent on Sunday and the BBC. Latterly, he was Head of Media at the University of Chester for four years, before joining Liverpool John Moores University as a senior lecturer earlier this year.

War Torn owes its roots to a PhD studied at Chester between 2008 and 2013, which incorporated Guy’s broader research interests of newspaper history, propaganda, press censorship and manufactured consent.

The research, which provides the analysed core of the book, focused on the content of specific newspapers – 144 editions of the Manchester Guardian, the Manchester Evening News and the Evening Chronicle. It looks at the logistics of producing newspapers during the war years, press censorship, propaganda and opinion management, and assesses the reliability of what was published by comparing the content in archived contemporary accounts.

Guy said: “The book tries to discover if the Manchester press submitted its coverage of the war to self-imposed censorship as it strived to achieve a difficult balance between journalists’ traditional role in reporting the news, and government demands to maintain popular morale and edit-out information deemed useful to the enemy.

“The answer to that question, and its implications going forward, was intriguing.”

Priced £14.99, War Torn: Manchester, its Newspapers and the Luftwaffe’s Blitz of 1940, is available from the University of Chester Press at www.chester.ac.uk/university-press