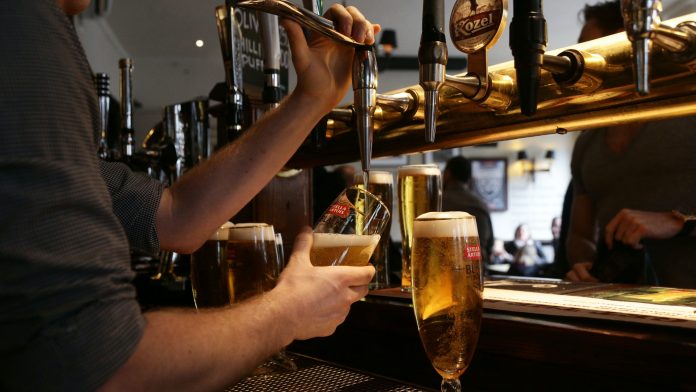 The Prime Minister said that though he hoped some venues could begin to open within months, the UK should ‘not be driven by economic necessity’.

Pubs and bars are still “in limbo” following Boris Johnson’s announcement that parts of the hospitality sector must remain closed until at least July.

The Prime Minister said that though he hoped some venues could begin to open within months, subject to conditions and scientific advice, the UK should “not be driven by economic necessity”.

Industry bosses have expressed dismay at being “first in and last out” of lockdown, and say that if restrictions last until the end of summer, thousands of businesses could close down permanently.

Others say that more detail is needed on how the Government plans to ease restrictions, and acknowledged that it could be up to 12 weeks before even a “partial awakening” of the sector.

In his address on Sunday evening, Mr Johnson set out the steps in which measures would be modified, the last of which addressed the hospitality sector.

“At the earliest by July – and subject to all these conditions and further scientific advice; if and only if the numbers support it, we will hope to re-open at least some of the hospitality industry and other public places, provided they are safe and enforce social distancing,” he said.

“Throughout this period of the next two months, we will be driven not by mere hope or economic necessity.

“We are going to be driven by the science, the data and public health.”

But officials stressed that pubs were unlikely to be allowed to start serving drinkers again in July, with pavement cafes and other outdoor venues likely to be the first parts of the hospitality sector to reopen.

The British Beer & Pub Association (BBPA) has warned that up 40% of Britain’s pubs cannot survive beyond September with the current level of financial support being offered by the Government.

It estimates that almost 19,000 pubs may not be able to reopen following the coronavirus crisis.

Emma McClarkin, chief executive of the BBPA, said despite looking for a “glimmer of hope”, the industry now faced further weeks of uncertainty.

“With insufficient clarity as to when pubs will reopen, our sector remains in limbo and facing severe uncertainty and financial devastation,” she said.

“If Government plans to keep pubs closed until the final phase of release, as rumoured, this would make pubs first in and last out of lockdown.

“Despite this, the Government hasn’t outlined any specific additional financial support for pubs to assure and help them through the extended lockdown hardship they face.

“We understand that pubs should only open when safe to do so, but extending the lockdown without offering additional support will be devastating.”

She added that the closure of so many “social hubs” would result in “immeasurable damage to the wellbeing of our nation”.

James Calder, chief executive of the Society of Independent Brewers (Siba) said: “This is a marathon, not a sprint and we continue to be at the core of discussions with Government about how our heritage, our culture and our right to have a good pint in a good pub is maintained for the long term.

“We will of course not put any pressure on Government to open pubs and taprooms ahead of when it is safe to do so.

“But we will put pressure where it is needed to ensure our sector has a fighting chance of survival.”