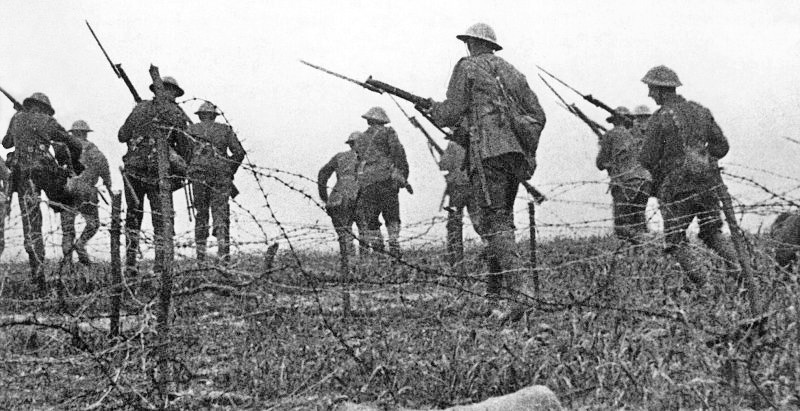 Despite being one of the bloodiest and most tragic battles in human history, knowledge of the Battle of the Somme is cosmetic, confused or non-existent, says one of the UK’s leading military museums – which is today, marking the 100-year anniversary with its own educational offensive.

According to the National Army Museum, the majority of the public (85 per cent) know little or nothing of the battle , in which more than a million men were killed or wounded over the five-month offensive – a battle that epitomises tragic and wasteful attrition warfare.

Surprisingly, it’s not the younger generations but rather baby-boomers (whose grandfathers may have been involved or even killed in the battle) with the least amount of solid knowledge on the subject.

Nearly half (43 per cent) of Britons don’t know that the Battle of the Somme took place during the First World War, where it took place (France) or what year it occurred (1916).

‘This year marks the centenary of the Battle of the Somme – arguably one of the most significant battles of the First World War – and it’s important that the sacrifices that were made both in battle and at home aren’t forgotten. Our new downloadable exhibition and learning resources mean communities across the UK – through schools, libraries, and regional history centres – can learn and remember a poignant and heart-breaking part of British history in an engaging way.’

As part of the educational package run by the museum online there is a downloadable exhibition, bringing the Battle of the Somme to British shores, this exhibition will help local communities explore the events of this epic battle through powerful and informative maps, letters, photographs and propaganda

A Battle of Somme centenary video – to be used alongside other resources or to improve personal knowledge. In the video, Museum experts discuss the strategy employed in the Battle and its human cost – 20,000 men were lost on the first day alone

Solders’ Stories seeing the Somme through the eyes of those who fought, through the National Army Museum’s soldiers’ stories. See transcripts, diaries and photography 100 years after they were produced

A live lecture with Hugh Sebag-Montefiore on Rewriting the Somme. The writer will show guests personal accounts of those who fought at Somme, encouraging them to think past the preconceived ideas of incompetent generals and senseless slaughter