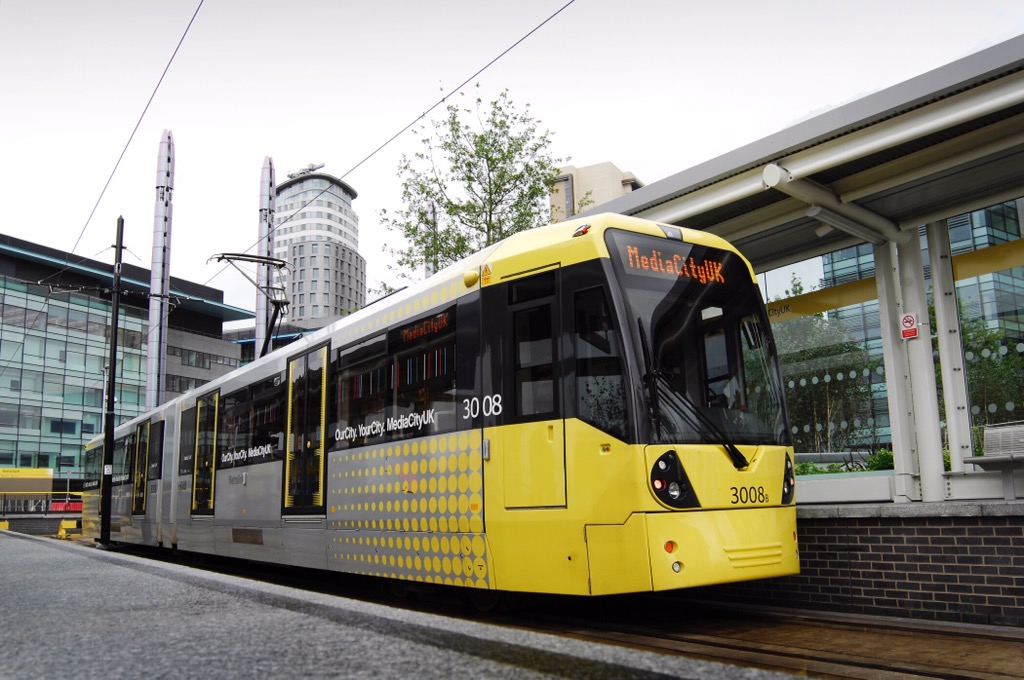 Figures released by the Department for Transport (DfT) this week have shown that Greater Manchester’s Metrolink network is more popular than ever before.
During the year 2015/16, more than 34.3 million passenger journeys were made across the network – an increase of 10.1% on the previous year.

On average, the figure equates to more than 7 million vehicle-miles covered in the last year – the equivalent of nearly 15 round trips to the moon.

The increase in journeys has been accompanied by an increase in customer satisfaction – which has improved by 4% over the same period to 89%, making for a particularly successful year for Metrolink.

With the improvements afforded by the completion of the Second City Crossing in 2017 – including increases in the frequencies of services on the busiest lines – as well as plans for a new line through Trafford Park, there is every reason for these figures to continue to rise long into the future.

Across the UK in 2015/16, light rail use in England continued to rise with record numbers of passenger journeys and vehicle miles since comparable records began in 1983.

There were 252 million passengers journeys made on the eight light rail and tram systems in England, a 5.8% increase compared with the previous year.
The Docklands Light Railway and London Tramlink comprised 57% of all light rail journeys.
Vehicle mileage increased by 14.2% to 21 million miles mostly due to development of the Manchester Metrolink and Nottingham Express Transit systems.

Transport for Greater Manchester (TfGM) Metrolink Director, Peter Cushing, said: “It’s absolutely fantastic to see that the number of people using Metrolink continues to rise and there’s every reason for it to keep on growing, as the improvements we’ve been making come to fruition.

“Together with the increase we’ve seen in passenger satisfaction, it’s proving to be a very positive year for Metrolink already, and we’re making good progress on the Second City Crossing that should make next year even better.

“I’m immensely proud of what’s been achieved and am looking forward to welcoming even more people on board our popular services in the future.”

A man has been arrested after a woman was seriously injured in Oldham hit...

Irwell turns white as river is covered in mystery foam