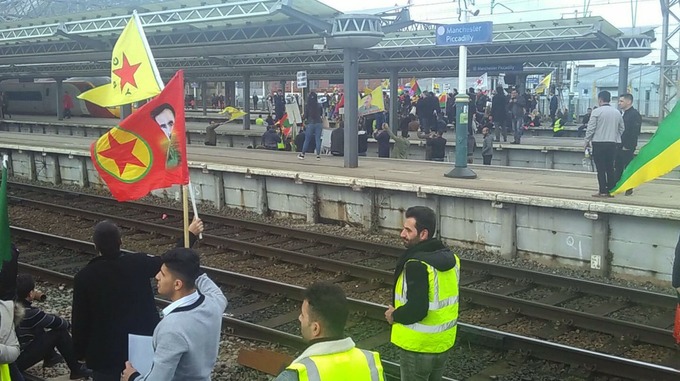 The protesters,  thought to be opposed to Turkey’s war with Syrian Kurds scrambled onto the lines and attempted to climb onto the overhead lines forcing the closure of the station for several hours.

“While we appreciate and respect the right to peaceful protest, when this compromises the safety of the public and the protesters themselves, any offenders will attract the full investigative resources of BTP.

“Those involved in this afternoon’s incident will be subject to intense investigation with a view to arrest and prosecution.
“All protesters at Manchester Piccadilly have now been safely moved from the tracks and the station has reopened.
“We will continue to maintain a police presence at this station and at other stations across the rail network.”