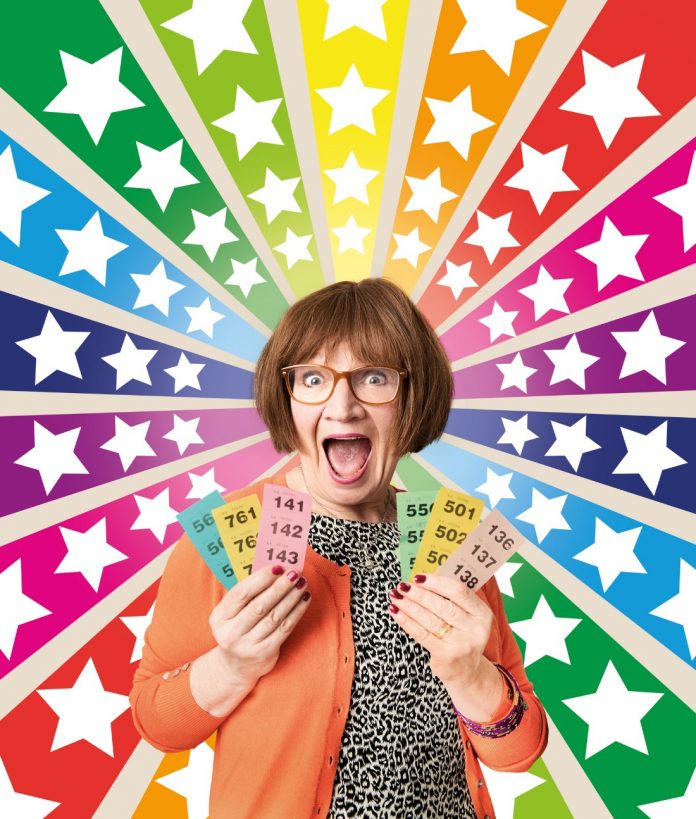 Join the Edinburgh Fringe’s favourite housewife at the Coliseum for an evening of proper good fun and the chance to win a raffle prize from Barbara’s table.

Barbara Nice is an ordinary housewife, mother of five, keen ‘Take A Break’ reader and occasional stage-diver! With her enviable track record of garnering 5-star reviews and sell-out shows, she will put a smile on your face and a spring in your step with this new show about chance and luck.

Janice, who originally hails from Stockport, was discovered by legendary comedian Peter Kay in 1997 while playing Barbara Nice at the finals of the Manchester Evening News New Act of the Year competition. She went on to appear in several of Peter Kay’s television shows, including Holy Mary in Phoenix Nights and Max and Paddy’s Road to Nowhere and Mrs Barmforth in That Peter Kay Thing. In 2015 the Phoenix Nights cast reunited to perform Phoenix Nights Live for 15 nights, raising over £5million for Comic Relief.

Alongside her comedy career, Janice is Artistic Director and founder member of the Birmingham-based Women and Theatre.

The company is committed to social change through new theatre and drama, and aims to make voices heard for those who are not usually listened to. Women and Theatre perform in a variety of settings including schools, arts centres, health centres and conference halls. Janice was awarded a British Empire Medal in the 2017 New Year’s Honours list for services to community arts in the West Midlands.

Barbara Nice comes to the Coliseum on Monday 29 October at 7.30pm. Entrance price includes a complimentary raffle ticket. This performance is suitable for ages 14+.

Oldham’s Comic Con is Back this weekend