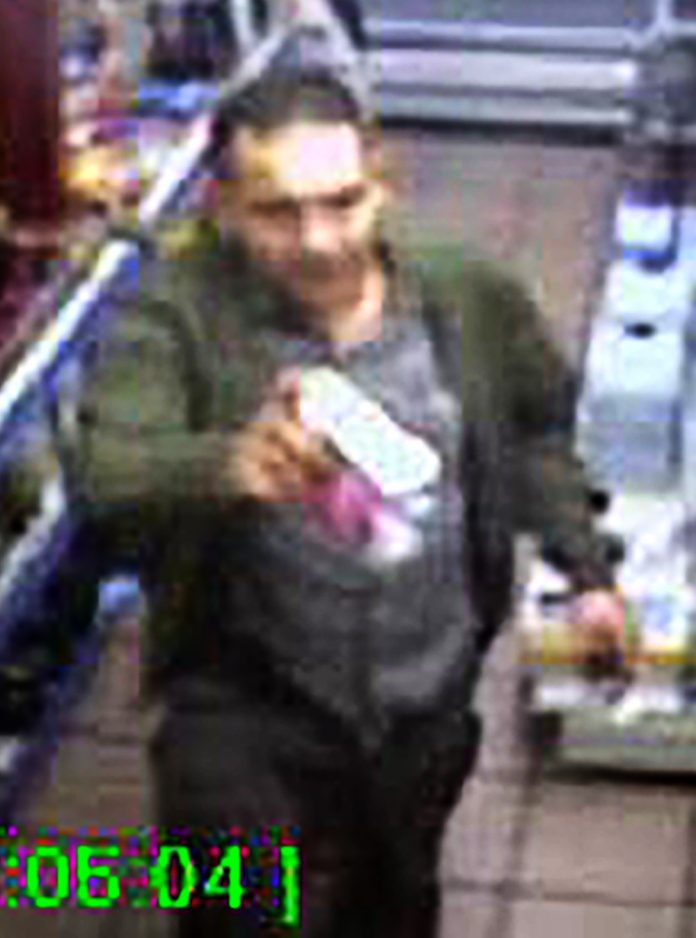 The victim was with a man on Cheetham Hill Road around 3am on the 29th, a Friday, when they walked to Melloy Place by Manchester Jewish Museum.

The offender then tried to rape her and a struggle took place before he eventually let go of her.

The victim – a woman in her 50s – was understandably shaken and upset but was not seriously injured.

Investigating officers have been carrying our extensive enquiries since September and are now asking for the public’s help to identify the man in the CCTV images.

Detective Constable Simon May, from GMP’s Serious Sexual Offences Unit, said: “This was an awful attack which understandably frightened the victim.

“Although she wasn’t physically injured, the emotional trauma sexual offences can have on victims is profound.

“We have been doing everything in our power to find the man responsible and we are keen to speak to the man pictured as part of our investigation.

“We are urging anyone who recognises him to please contact police. If you are the man in the images, I would also urge you to get in touch.”

Information can also be passed on anonymously by calling the independent charity Crimestoppers on 0800 555 111.

An Oldham man who broke a woman’s jaw has been jailed for 10 years.