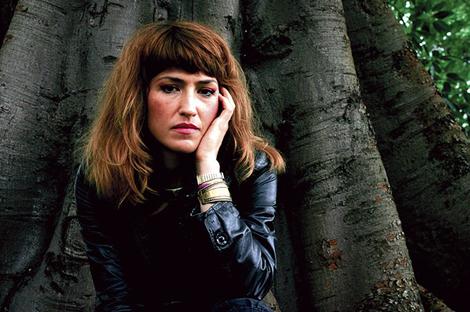 Joan As Police Woman has announced the details of her new album ‘Damned Devotion’ and a UK tour for April 2018 including a headline Manchester show at the Stoller Hall.

She returns with a new album, Damned Devotion, and it’s her best yet.

The first video to accompany the album is for Warning Bell (Track of the Day on Lauren Laverne’s 6Music show), a tender, bewitching song of regret Joan wrote about “being a romantic and the naiveté that goes along with it.”

Directed by New York filmmaker/artist H Spencer Young Joan wanted to capture the performance of the song without obscuring the power of the lyrics. Joan: “Words mean different things to different people and it’s important to me to allow the listener to have images of their own. That being said, the weather cooperated with us that night – rain and moisture in the air has always made me thoughtful. We wanted to capture the mystery of New York City while driving through Chinatown and parts of Brooklyn that hold deep meaning for me.”

Following the release of Damned Devotion Joan As Police Woman will take her captivating live show on the road reaching the UK in April 2018 and including a show at Manchester’s Stoller Hall on the 24th April.

Crazy for Gershwin at the Bridgewater Hall