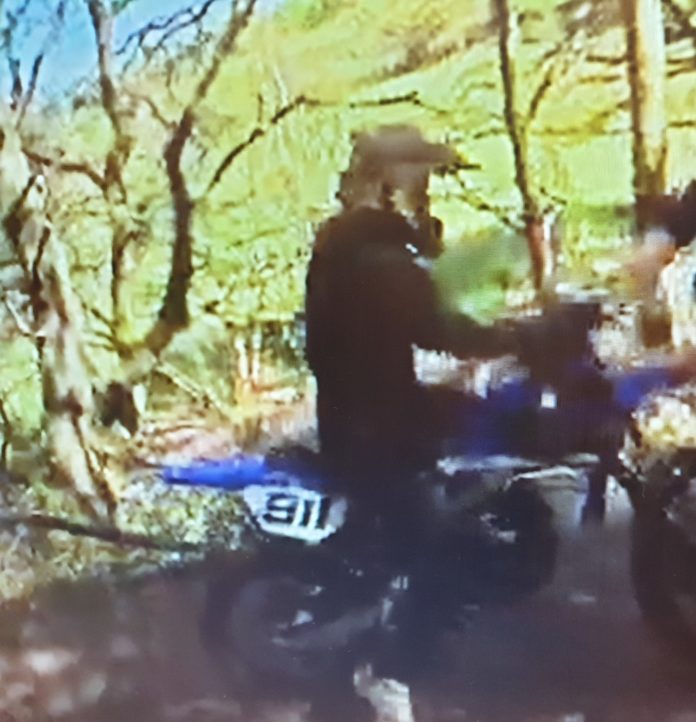 Greater Manchester Police have released images of a man they would like to speak to after a PCSO was injured by an off road bike in Stockport.

The PCSO was on a routine patrol of Reddish Vale Country Park when one of two off road bikes was, deliberately, driven at them before being driven off.

The PCSO sustained arm and leg injuries which required hospital treatment but has since made a full recovery.

The incident happened on the 21st April around 12.45pm An investigation is underway.No arrests have been made.

Sergeant Lorna Crowe-Moore, of GMP’s Stockport district, said: “This incident happened in a country park which is currently being used by people of all ages, including families with young children, for daily exercise so it could have had devastating consequences.

“Thankfully, the PCSO was not seriously injured but we are providing them with support whilst an investigation is underway to identify the person responsible. This was completely unacceptable behaviour towards anyone, never mind an officer who was in the area to protect people.

“I would like to use this opportunity to appeal to anyone with information to contact us as soon as possible. We are particularly interested in hearing from anyone who can help us identify the young man in the images or has information about the bike or where it came from.”