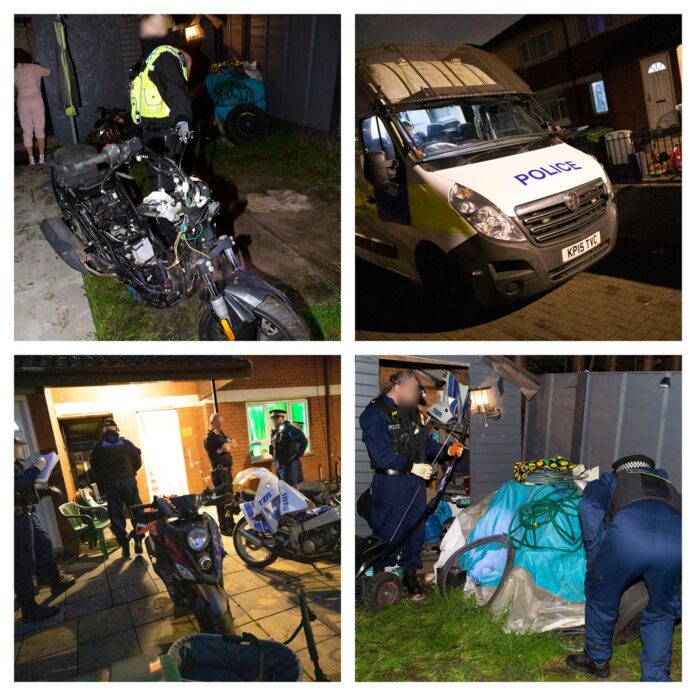 Police seized three mopeds and a quad bike this morning in Cheadle Heath as part of an operation to tackle recent knifepoint robberies where mopeds have been used.

The action is part of Op Luster and follows on from the five arrests made as part of the investigation so far.

A potential firearm was also recovered during today’s dawn raid and officers are committed to carrying out further action to reduce these concerning incidents.