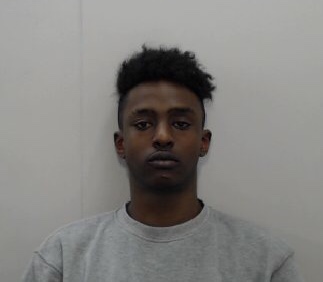 Mohammed Jama aged 20 of Ashley Street, Oldham was sentenced at Manchester Crown Square to life imprisonment after being found guilty of the murder of 22-year-old Mohammed Nabeel Hassan.

He will serve a minimum of 18 years in prison.

Mohammed Nabeel Hassan was found with fatal stab wounds in March this year on Waterloo Street, close to the junction of Greengate Street in Glodwick.

The court heard that earlier that day Mohammed and another man Musa Jama had armed themselves with knives and went searching for the men who had been involved in an incident with Musa some days before.

The pair, along with their brother Sadik, threatened a number of people in the area before they came across Mohammed Nabeel Hassan.

Mohammed Jama then proceeded to stab Mohammed Nabeel Hassan in the chest before leaving him for dead in the street.

Senior Investigating Officer Duncan Thorpe from GMP’s Major Incident Team said: “Weapons on our streets destroy lives. Those who use them don’t think about the mothers and fathers, the brothers and sisters, and the friends who are left behind.

“My thoughts are with Mohammed Nabeel Hassan’s family who are still grieving. Whatever sentence was imposed it will never bring him back.”

Musa Jama aged 22 of Ashley Street, Oldham pleaded guilty to possession of a bladed article and was sentenced to one year and nine months in prison.

While a third man Sadik Djama aged 23 of Deerhurst Drive, Longsight pleaded guilty to possession with intent to supply Class A drugs and was sentenced to two years and four months in prison.