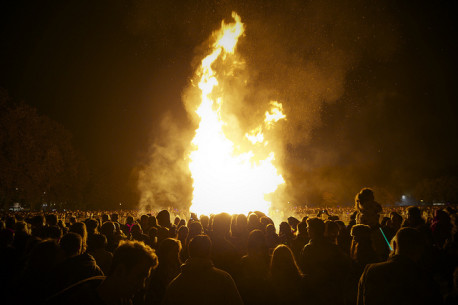 Despite reports to the contrary, police no longer believe that a child was abducted from yesterday evening’s firework display at Heaton Park.

Officers were alerted by security staff to a possible abduction of a child at Heaton Park around 9.15pm and a search of vehicles leaving the park was initiated.

However police have now said that after working through the night to corroborate the report however, the evidence available at this time does not suggest that a child has been abducted.

Enquiries into the incident are ongoing and anyone with any concerns is encouraged to contact police.

“Officers acted quickly to ensure the safety of the public and this included the checks of vehicles at the park.

“I am positive the report made to us was in good faith however, we have not received a report of a missing child that matches the information reported to us.

“We continue to investigate the circumstances so we can be sure of exactly what has happened and I encourage anyone to speak to us about any concerns that they have.”

36 year old in hospital after fight at tram stop