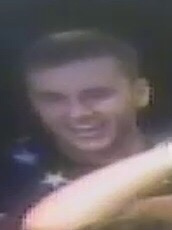 Police have released a CCTV image of  a man they want to speak after a person was slashed in the face in an unprovoked attack near Deansgate Locks back in October.

The 18-year-old victim was stood on the road outside Deansgate Locks next to a large group of men and women in the early hours of October 1st.

An altercation took place between the group and a man ran towards the victim and slashed him across the face, with what is believed to be a utility knife.
The victim was taken to hospital where he needed stiches and will now be scarred for life.

The offender is described as a white man in his early 20s, about 5ft 8ins, with dark short ‘spikey’ hair.

Officers have released a CCTV image of a man they want to speak to in connection with the attack.

“If you recognise the man in the image, or have any information about this awful attack, I would urge you to contact police.”

Abrahams forces Government into defending roll out of Universal Credit