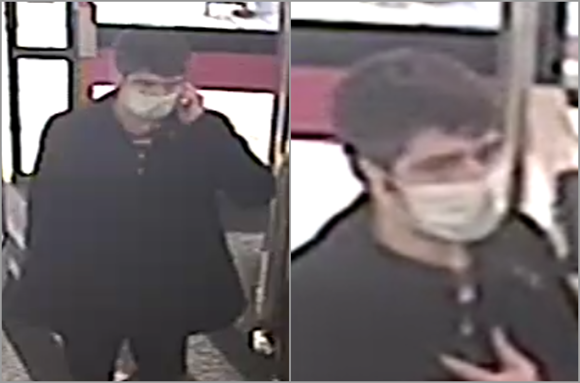 Police are searching for a man who entered shoe store in Oldham store demanding money from the till and threatening staff by saying he was in possession of a knife and a gun.

The incident happened around 4.00pm yesterday at Wynsors on Ashton Road

The man then left the store, without any money, and is believed to have fled down Ashton Road in the direction of Copter Hill Road.

DC Berry of GMP’s Oldham district, said: “Thankfully, no one was harmed during this incident but it was an incredibly traumatic experience for the shop staff.

“No weapon was ever seen or produced by the offender and he left without money from the store but we’re still treating this with the utmost seriousness and we want to ensure the man responsible is identified and faces justice.

“We’re releasing CCTV images of a man that we would like to speak to in connection with this incident and I would encourage anyone who thinks they may recognise him to get in touch with police as soon as you’re able to. We’re also keen to speak to anyone who may have been in the store at the time or were within the vicinity at the time and may have seen him.”