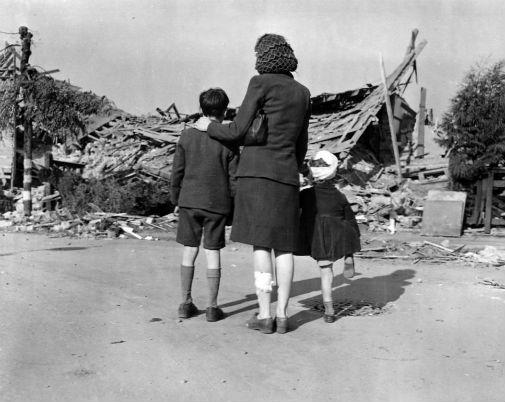 A researcher from the University of York has developed an interactive map detailing every air raid across the UK during the Second World War.

Bombing Britain: an air raid map uses wartime data from The National Archives to pinpoint more than 30,000 locations that were struck in the UK over the course of the war – including the first ever attack on British shores on 16 October 1939.

The project – published by Routledge, Taylor & Francis – allows the full scale of the devastation to be visualised like never before.

The map, which is free to use, is based on 6,500 pages of brief, daily reports compiled by wartime intelligence officers for the Ministry of Home Security and senior officials. The reports are now held by The National Archives and have been digitised by Routledge, Taylor and Francis as part of their War, State and Society online resource.

By clicking on a pin on the map, people will be able to view and download information on an air raid, including the date, location and number of casualties.

Dr Blomvall’s research has reconfirmed that the first area in Britain to be bombed was the Firth of Forth in Scotland.

Dr Blomvall said: “This map offers an astonishing insight into the extent and scale of total war. Bombing Britain allows us to visualise how bomb strikes affected the entire country – not just London and the South East – as bombs were dropped from the Orkney Islands to Coventry, from Liverpool to the Scilly Isles and from Dover to Swansea.

“This unique research project shows how war was ‘no longer confined to the battlefield’. The normalisation of aerial warfare turned mainland Britain into a violent battlefield, and the term ‘home front’ was no longer figurative.”

Dr George Hay, Military Historian at The National Archives, said: “The National Archives holds vast collections that tell the story of both the British and German strategic bombing campaigns of the Second World War. This interactive map makes use of the intelligence reports that followed German raids on the United Kingdom, and visually demonstrates the impact and reach of those attacks.

“This map will be a fantastic resource, not only for military and social historians, but for anyone interested in the impact of wartime air raids across the UK.”

Commenting on the launch Joseph Pettican, Digital Resources Publisher at Taylor & Francis, said: “We have been delighted to be involved with the release of the interactive Bombing Britain map, which we are very pleased to make free to the public, with the corresponding data free to download.”