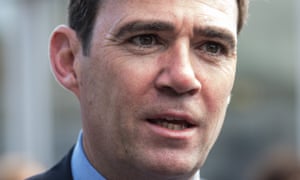 Burnham was interviewed by Robert Peston said that he was worried about a second EU referendum especially what it would do to the fabric of society.

He also said that he would very likely campaign to leave if Jeremy Corbyn secures the new Brexit deal he’s promising if he gets into No 10 after the election.

He said that it would be in the public interest to move on after the election and said that politicians would face a huge public backlash if they went against the 2016 referendum vote.

The former Labour cabinet minister backed remain in the 2016 referendum and has in the past argued for a second referendum but now says that if it was a Labour deal with the EU, he could well back the deal in any new public vote.

“But if we get a deal that, you know, keeps us pretty close, with a customs union, I think the public interest will lie, in my view, in supporting that and helping the country move forward.”

The Lib Dems have meanwhile accused the Mayor of betraying Manchester

The Leader of the Liberal Democrats in Manchester John Leech said:

“Andy Burnham backing Leave is an insult to hardworking Northerners, but this is nothing new.

“Labour have spent years messing around, flirting with both sides and all the while enabling and supporting Brexit every single step of the way.

“At least Andy Burnham is being honest. He is a Leaver and far more bothered about keeping his own job than protecting the millions of jobs at risk from leaving the EU.

“Labour are taking Manchester for granted and hoping it will go unnoticed. But they cannot risk the livelihoods of people here and expect to get away with it.

“It couldn’t be clearer. Only the Lib Dems will stop Brexit and build a brighter future for Manchester.”