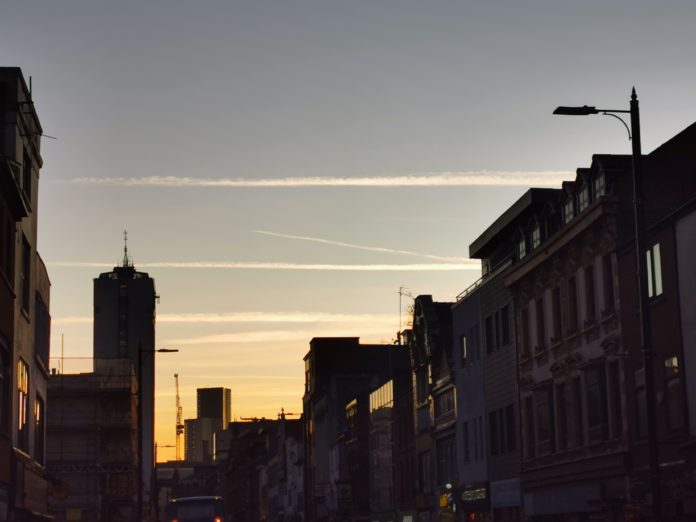 Blackpool, Manchester and Hull have mortality rates higher than parts of Turkey, Slovakia and Romania according to a report out this morning that shows the growing extent of country’s regional divides

The think tank IPPR North’s State of the North 2019’ report exposes the alarming extent of the gaps between the places that “have” and those that “have not” in the UK.

It shows that the country is more regionally divided than comparable countries like France or Germany on vital areas like health, jobs, disposable income and productivity.

Only very different countries like Romania and South Korea are more divided say the authors.

The health divide is larger than any comparable country – rates of ‘mortality’ vary more within the UK than in the majority of developed nations and some places like Blackpool, Manchester and Hull have mortality rates worse than parts of Turkey, Slovakia and Romania.

The jobs divide is larger than any comparable country – where you live in the UK makes a big difference to your opportunities for work, given the job creation rate is far higher in London and the south east than any other part of the UK, while in other countries like Germany and France job creation is more evenly spread.

The disposable income divide is larger than any comparable country and has increased over the last ten years. In Kensington and Chelsea Hammersmith and Fulham, disposable income per person is £48,000 higher than in Blackburn with Darwen, Nottingham and Leicester.

The UK’s productivity divide is larger than any comparable country. If you live in parts of London and the South East then your economy is among the most productive in the developed world, whereas parts of Northern Ireland, Wales and the North of England are less productive than parts of Poland, Hungary and Romania.

95 pence is every £1 paid in tax is taken by Whitehall; in Germany it only 69p in every £1 is raised by central government.

Meanwhile just one per cent of GDP is spent by local government on economic affairs,half as much as is spent locally and regionally in France or Germany.

Economic affairs spending is £541 per person less on the North than on London.

There is particular concern over the government’s promises to deliver big infrastructure for the North.

HS2 has been ‘paused’ and there are suggestions that it might not be completed – either by scrapping the northern section of HS2 altogether, or leaving only the section running directly to Manchester and not to Leeds – against what was recently promised by the Prime Minister.

If the North had received the same transport spending per person as London has for the last 10 years, then £66 billion more would have been spent – which puts this discussion in context

Researchers at IPPR North argue that centralisation has helped create a severe economic and political divide that for many was expressed in the Brexit referendum in 2016.

But they say that these acute problems aren’t insurmountable- pointing to the opportunities of devolution, demonstrated by Northern Mayors over recent years to unlock the potential of people and their communities.

“It is no surprise that people across the country feel so disempowered. Both political and economic power are hoarded by a handful of people in London and the south east and this has damaged all parts of the country, from Newcastle to Newham.

“Low investment holds back regions like the North, Midlands and South West, while centralisation has let London’s housing crisis drive up poverty in the capital.

“All our regions’ economies have been held back by centralisation – but they’re interdependent too and we can no longer ignore that. All our regions need devolution to be empowered, and to work together. This must be a top priority for the next government.”

Fifth warmest May in record despite lack of sunshine

Duke of Edinburgh dies at age of 99